41-branch Chestertons says buyers are getting weary of waiting for Brexit and beginning to return to the fray.

Signs of Brexit fatigue are appearing in London as home buyers return to the market in significant numbers despite the ongoing political paralysis, it has been claimed.

Chestertons, which has 41 branches across the Capital, says the number of purchasers registering with it to buy homes increased by 36.5% during the first three months of 2019 compared to the same period last year.

But perhaps most tellingly, the number of sales transactions falling through prior to exchange dropped by 42.9%, a clear sign that confidence in the market is returning after almost a year of jitters as the original Brexit deadline approached.

“As the March 29th deadline got closer, we expected buyers to take a ‘wait and see’ approach and for the market to slow down,” says Guy Gittins, Managing Director of Chestertons (left).

“In the event, the opposite happened and buyers became increasingly active, which suggests that people either did not believe that Brexit would happen or have become so fatigued with the B-word that they are deciding to carry on regardless.”

Despite an increase in buyer activity, Chestertons says the ongoing shortage of stock continues and its inventory is currently down 21% compared to the same time last year.

But the company says its stock increased marginally last month, a sign that some buyers are now putting their own properties on the market so as to be in a position to buy. 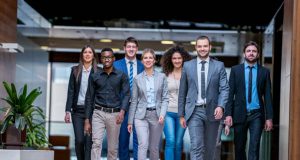