Sign in or Sign up
The essential site for residential agents
Home » Features » Is conveyancing really to blame for sales falling through?
previous next
Products & Services

Is conveyancing really to blame for sales falling through?

When the dreaded call comes in that a sale has fallen through, the news is a double whammy for estate agents. Not only will they not get their commission, says Joanne Christie, there’s a fair chance it will be all their fault. 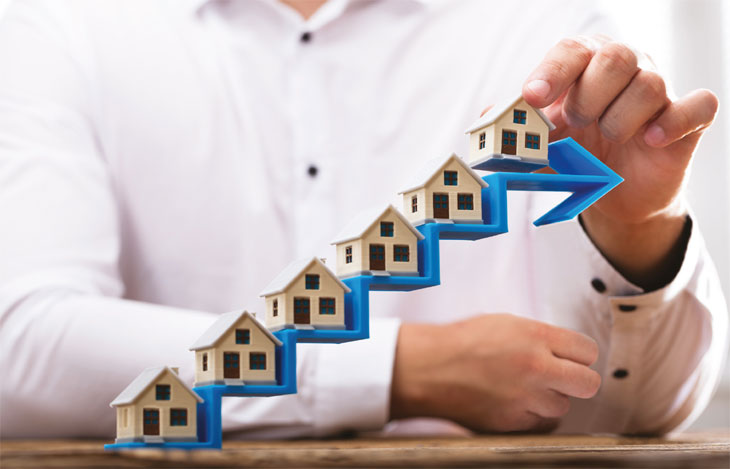 Very often, of course, it’s not. There are all sorts of reasons sales fall through, but poor or slow conveyancing is certainly a contributing, if not causal, factor in many cases.

“I think a lot of it is down to solicitors,” says Shaun Mellor, Director at Shaun Mellor Property in Leeds. “They don’t pick up the phone to each other, they tend to write to each other. When I hear solicitors saying, ‘I’m just sending, first class post’, or ‘I’m just going to send a fax’, I think, ‘we’re in the 21st century now.” Consumers seem to agree, if a recent survey of 2,000 past and present homebuyers carried out by When You Move is anything to go by. Its research found that 36 per cent of people thought the legal portion of their property transaction was the single most dissatisfying part of the homebuying process. And 21 per cent said they would not use the same solicitor again due to poor service.

Property searches can also be a problem in some areas. Research by property advice site Move IQ revealed that 15 per cent of local authorities were failing to meet Government targets to carry out property searches in 10 days or less. In Stratford-up-Avon, the slowest council according to the research, it takes a staggering 95 days for a search.

This issue can, however, largely be overcome, with many conveyancing firms now using personal search companies to get around the issue.

“More often than not people will use personal searches,” says Carl Brignell, Managing Director at Elite Conveyancing. “There are some aggregator services within that industry, so we use a firm that has contracts with lots of different personal search providers, as well as with the councils, and they will be able to say, ‘if you are buying in Cambridge, this is the cheaper and quickest option’. Sometimes that cheaper and quicker option is to go direct to the council as opposed to a search agency.”

PROPTECH TO THE RESCUE?

In fact, many of the problems that slow down the housebuying process can be overcome with today’s proptech solutions, if only conveyancers would use them, says Jon Horton, Product Director for mio, a tmgroup sales progression app.

“There are a number of products and propositions that minimise the risk of fall-throughs, however, adoption of new propositions is very slow. The conveyancing landscape has become very price competitive and the conveyancing sector is generally reasonably slow to adapt and adopt new services and new technology.”

There are a number of products and propositions that minimise the risk of fall-throughs, however, adoption of these new propositions is very slow. Jon Horton Product Director, mio.

Mio, which is viewable by both agents and buyers, is one such proposition. “If you’re an agent and you’re in a chain involving two other agents, for the first time ever, if all of those agents are using mio, then they log in and they’ve got a shared view of that chain and how far progressed everybody is in that chain.

“At the moment there is too much duplication. You might have three estate agents and they’ve all got their own CRM systems and they are all doing sales progression to a lesser or greater extent but they are only really sales progressing their property.”

Of course, such a system is only going to work if everyone in a chain is using mio, although for that reason the company has been rolling out the product by region. And it’s updated by agents, not solicitors – unless they are linked in to tmgroup’s tmconnect platform — so there’s still potential for uncontactable or uncooperative solicitors to cause delays.

Uncooperative solicitors have been something of a hindrance to one of the other recent proptech solutions to enter the market in recent years, Gazeal, says Director of Sales, Steve Dawkins.

“The frustration is that we speak to an agent or a large chain of agents and they think it is a great product but they tend to refer all of their business to two or three solicitors. For our product to work seamlessly, the solicitors need to be aware of what we do and how we do it. If we have three solicitors, one will say yes immediately, one will say ‘sounds great, let’s catch up in a month or so’ and the other will say, ‘no, it is not for me’, primarily because they have been doing it the same way for a long time and with any industry sometimes there is a hesitation to embark on any kind of change.”

Agents themselves are much keener on the product, however, for obvious reasons. “I think the industry as a whole gets annoyed at the fall-through rate,” says Mellor. “Nobody considers the amount of time that goes into it and you’re left with a chain that breaks or people pull out just because they can. We want that reassurance and Gazeal seems to hit the button. There is a binding commitment that both parties are committed to that transaction.”

To counter the issue of his preferred solicitors not being experienced with the product, Mellor has arranged a meeting with all four of the competing solicitors he refers business to to educate them on its benefits so he can start making Gazeal the norm for all transactions at his agency.

The more radical part of Gazeal’s offering is Gazeal Seal, a reservation agreement that locks buyers in with a 1 per cent deposit when an offer is agreed, although there is a 14-day cooling off period to allow for surveys and mortgage valuations to be obtained. At present, these are only available for chain-free sales, though an expansion of that product to property chains is “imminent”, says Dawkins. The slightly less radical part of Gazeal’s offering is its Gazeal Xpress product. This is a pre-contract pack that provides searches and property questionnaires to buyers at the time of making an offer in a bid to increase transparency and cut the conveyancing time.

GET AHEAD OF THE GAME

The idea of getting documents at an early stage is something other firms are also doing, for example, The Conveyancing Partnership, which provides white label conveyancing to 100 agency branches.

“We do all that at take-on stage, so as soon as the property comes onto the market,” explains Helen Davies, business development manager. “We don’t wait for it to be sold, we send vendors their own little micro-site so they can complete everything online and then the Law Society version of that goes straight through from our portal to the solicitors, so it is all about getting ahead of the game.”

Even if you’re not using a proptech company, this is something good agents should do anyway, says Jason North, associate director at property company Barnes International. “Vendors are waiting for the property to go under offer before they contact their solicitor and fill in the relevant property forms which make up part of the seller’s pack. The buyer’s solicitor then has to wait for this to arrive before conveyancing can take place. Agents should chase their clients to fill these forms in at the beginning of the instruction.”

The other way to ensure things go smoothly is, of course, to have a hand in which conveyancer a vendor or buyer chooses.

Many agents have preferred solicitors they work with, with many such arrangements involving referral fees. “All our agents get paid a referral fee for every sale or purchase referred to us,” says Davies. “This provides the agents with a lucrative secondary income.”

However, while a secondary income might be music to agents’ ears, particularly those with letting branches about to be hit by the loss of tenant fees, it’s important to make sure the arrangement works for all parties.

“There is a transparent fee structure so the solicitor is totally clear about what bottom line they get,” says Davies. “We make sure when we partner with a solicitor that they get a fair deal out of it.”

Brignell says it can be counterproductive to set referral fees too high. “Some big corporate estate agents, their conveyancing is about £700 and the solicitor is only getting about £250 and then they are scratching their head as to why they aren’t getting a good service.”

He adds that agents should also consider solicitors’ workloads. “Agents need to know what the capacity is with their solicitor, and what other work they are taking on,” says Brignell. “So if I am sending ten cases through to a law firm that’s great – in theory they could take on those ten cases and provide a good service. But if they are also taking in 50 cases from my competitor down the road, that is going to affect my work.”

Agents may not always be able to convince buyers or sellers to use their recommended firms, particularly if they have concerns about conflicts of interest, but influencing them on which type of firm not to use could be just as useful to a sale completing, particularly if they’re leaning towards a cheap online service.

“The online services are just a horrible service where you never have any contact with anybody and you have to fend for yourself. If you have any queries they are not nipped in the bud early on,” says Davies. “You pay for what you get.”

With online conveyancing, it’s not the quality of their work that causes delay, it’s the time it takes to process it, due to the many layers of management. Alex Mackay, Mishon Mackay.

Alex Mackay, Managing Director at Mishon Mackay in Brighton, adds that even if nothing goes wrong, these type of providers tend to be slow, “Over the last few years, we have seen an increase in clients using online conveyancing companies and although it is not the quality of their work that has lengthened the transaction, the time it takes them to process their work, due to the additional layers of management involved in this business model, has increased the time period.”

Given slow conveyancing is one of the factors that leads people to pull out of property transactions, it would seem prudent for agents to do everything they can to make sure their buyers and sellers use speedier options. That way there’s a better chance they can avoid the dreaded fall-through phone call and the subsequent blame game.