Sign in or Sign up
The essential site for residential agents
Home » Features » Are Google Reviews more important than TrustPilot and allAgents?
previous next
Marketing

Are Google Reviews more important than TrustPilot and allAgents?

“Google it!” Just imagine, says Jerry Lyons at Property PR Expert.co.uk, how rich you’d be if you got a penny for every time someone, somewhere on Planet Earth said that. 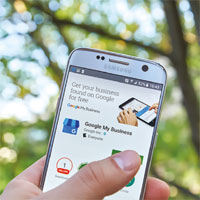 Google needs no introduction, but I think it’s worth considering a few tricks that estate agencies may be missing when it comes to making the most out of the world’s biggest and most powerful search engine.

Help Google help you by setting up a Google My Business account. It’s free and straightforward to do. I’m genuinely amazed that so many agencies haven’t yet made this simple step.

The thing to do here is to make your business page as visual as possible, with nice images of your office or location.

Google Reviews are becoming increasingly influential in a customer’s buying decisions, if you struggle with that idea, just Google a sandwich bar or a hairdresser in your area. The most prominent thing that’ll be presented to you is the reviews that the business you are looking for has received from customers – via Google.

For estate agents these reviews need to be taken as seriously as a brown envelope landing on your doormat from the HMRC.

If people are using Google Reviews for making decisions as small as where to buy a cheese and ham sarnie what do you think they’ll think of an estate with a 2-star (out of 5) rating and a list of complaints when it comes to selling or letting their property?

Which agency is likely to get called for a valuation? One with 69 Google 5* reviews or one given a two star rating and a list of complaints?

Who is more likely to get called in for a valuation? The agency with 69 reviews, a 4.9-star average and a legion of fans, or the poorly reviewed agency above?

Customers are digitally savvy now and the battle to win their instruction starts WAY before that first point of traditional contact of a call or email.

Google Reviews can bring businesses grief or gold – the good news is you can influence them.

HOW TO GET MORE GOOGLE REVIEWS

Some clients will give you a review without being prompted. That can be great but it’s worth bearing in mind people tend to share their negative experiences with businesses more than their positive ones.

If someone has a Gmail account they can leave a review. Google even prompts them and asks if they want to add a photo.

By proactively asking clients who you know you’ve done a great job for, you’re doing that little bit extra to help your review ratings.

I’ve even known some businesses offer incentives to people if they leave a review – you need to be very careful with this though as you can’t be seen to ‘paying’ for positive reviews. They must be the reviewer’s genuine opinion and experience.

It should go without saying – and of course, readers of this magazine wouldn’t dream of doing such a thing, but I have heard of some businesses, including an estate agency, that create false Gmail accounts to flood their page with positive reviews.

This technique is wrong on many levels and stands out a mile. Google is many things folks but it sure ain’t stupid. This falls under Impersonation in Google’s Review Policies Rulebook and you’ll face penalties when rumbled.

Let’s say you get a poor review from someone you’ve had dealings with. In my experience it’s usually the lettings side of a business that gets these sorts of reviews from disgruntled tenants at the end of their tenancy. But they happen to the best of us.

The key thing to remember when responding is stick to the facts.

Be professional, let’s not even think about name calling, accusation slinging and offer to call the person to discuss the matter (taking discussions off line is a good move). I have known genuine cases where the disgruntled reviewer removed the review when they felt they’d been treated fairly and listened to.

The best way to raise your chances of getting consistently, glowing Google reviews is to continually provide excellent, honest and professional service.

Thanks for reading and here’s to your next instruction, which, I hope, will eventually lead to a great review.