Sign in or Sign up
The essential site for residential agents
Home » Features » Have estate agency boards had their day?
previous next
Marketing

Have estate agency boards had their day?

Agents love them but the public (and councils) are increasingly less enthusiastic - but do they still work, asks Joanne Christie? 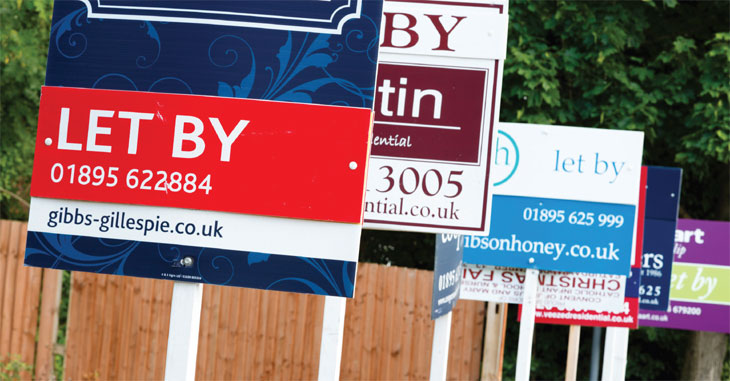 For decades estate agency boards have been a conversation starter. In the pre-portal days, they got neighbours gossiping about whose house was for sale and how much it might be on for. These days, they are just as likely to provoke ire as curiosity, with anger at the proliferation of boards in some neighbourhoods leading local councils to put bans in place.

Generally, estate agency boards are permitted without the need for planning permission under the Town and Country Planning Act. The regulations state that only one board should be erected on a property that is for sale or to let, and it must be removed within 14 days of completion of a sale or the start of a new tenancy.

However, some councils have the power to veto these provisions and demand that all agents obtain planning permission to erect boards – which they are unlikely to grant.

Fran Mulhall, regional operations manager at GFW Letting in Newcastle and Northumberland, operates in an area covered by a board ban. In 2014 Newcastle City Council was granted a Regulation 7 direction banning ‘to let’ boards in areas such as Jesmond, Heaton and Sandyford. The ban was prompted by a slew of complaints from residents, many of which concerned agents advertising student lets.

Mulhall says she sympathises with residents’ complaints, although it has meant they are no longer able to put up boards in the affected areas. “Personally, I think ‘flyboarding’ and multi-boards do bring down the general look of an area. Prior to the new regulations, in areas such as Jesmond, there was a real issue with agents putting up boards (specifically on student properties) and leaving them up indefinitely. The local community felt that this affected the attractiveness of the area and I understand why – something which is, of course, the opposite to what agents want to create.”

It’s not only student areas prompting an outcry – in Wandsworth, London, residents were unimpressed by what the council described as the “scourge” of boards being affixed to blocks of flats. In March this year, the council banned boards in four areas of the borough (see map): Putney, Balham and Clapham Junction town centres, plus a section of Lavender Hill.

A council spokesman said, “Within about two weeks of us introducing the new rules all the boards had vanished from these four areas and we have been contacted by many residents and businesses thanking us for taking action to remove these eyesores.”

Instead of practising behaviours that will get boards banned, these agents should stop pushing their luck. People would then be less concerned about it. Mark Noble, Castles.

But Mark Noble, owner of Swindon estate agent Castles, says local councils should do more to enforce current rules, rather than imposing bans. “I don’t think the local council do anywhere near enough to enforce the Town and Country Act. There are a lot of agents that put boards up inappropriately. There are some agents that have them dotted all over the place not attached to properties. In some blocks of flats there are far too many boards up for the amount of properties that could be for sale and for rent at any one time.

“Instead of keeping practising these behaviours that will get the boards banned, these estate agents should stop pushing their luck. I genuinely think that then people would be less concerned about it.”

Although there are murmurings of discontent in many areas of the country and the issue is often raised at local council meetings, so far, Ben Brookes, Director of Franchising at Agency Express, says the issue of ‘boards bans’ is not yet a major one.

“Board bans have only been introduced in a few specific locations – parts of Bath, Brighton, South London and Newcastle to name a few. The bans are usually very localised and are a reflection of the proliferation of boards in these areas that local residents may consider a nuisance – this is of course until they wish to sell their property!”

DO WE NEED THEM?

Ben’s last point raises an interesting question: do vendors still need them to sell their property? After all, the vast majority of people will find out their neighbour’s home is for sale via a property alert that hits their inbox long before the board goes up.

We all know that those actively househunting are visiting portals rather than driving around looking for ‘for sale’ boards, but, says Michael Groves, regional CEO of Lomond Capital, boards can help capture the interest of those who aren’t actively looking. “The vast majority of the population is not looking to move until they see a sign for a new home up for sale, perhaps during their daily commute or walking the dog. You have to remember that only those who have made the decision to move will visit an agent’s offices or online portals. A board undoubtedly acts as a catalyst, similar to seeing a property in the window of an estate agent.”

Gary Gosney, Group Sales and Marketing Director at Kremer Signs, agrees, backing up his view with personal experience. “The amount of people who will pass by a board on their way home or driving around on a Sunday, then say ‘oh that’s new to the market’ and go home to look online – this is how I found my property which I moved into last year, I use portals regularly but it was one mile outside my search area and never appeared on my search list.”

Mark Noble says that boards are also an important tool in creating positive sentiment. “In today’s marketplace where there is a lack of stock a lot of people sit at home thinking that the market is not moving. The more boards that are up in the local vicinity, the more vendors will think that the market is moving and that it’s worth putting their home on the market.”

David Radcliffe, partner at Radcliffe and Rust Estate Agency in Cambridge, points out that boards also have a practical function, “Boards are still useful for marketing but also for a clear meeting point for a viewing, when viewers are unsure of the area.”

While vendors may benefit from for sale boards, the agents that put them up benefit more from almost-free advertising.

Paying for a billboard in a public place will cost a small fortune, so For Sale boards definitely still hold value. They are the cheapest form of advertising. Nick Marr, The HouseShop.com

“For sale boards really are the cheapest form of on-street advertising you will find. Paying for a billboard or poster in a public space will usually cost a small fortune, so for sale boards definitely still hold value,” says Nick Marr, co-founder of property classifieds site TheHouseShop.com.

Andy March, Director at Signboard, points out that boards reinforce an agent’s position in their local market. “An agent’s overall board presence will attract both vendors and buyers, give them an idea of the profile of the agent’s portfolio and help embed their brand. Whether it is ‘For Sale’, ‘Sold’, ‘To Let’ or ‘Let By’, a board is always displaying a positive message to the viewer and can be seen 24/7.”

Indeed, former CEO of Countrywide, Harry Hill, tweeted that the lack of the estate agency group’s boards was a negative signal. “Walked for four miles through SW London today and saw hundreds of agents boards, one of which was a Countrywide brand. Market share disaster,” he tweeted.

In the fast-moving lettings market, in many areas the primary function of boards is to advertise, agents report that rentals are snapped up within hours of going on portals, when they receive calls from boards, the properties are rarely available.

Lydia Eustace, Group Marketing Manager at a Leeds student letting specialist agency Parklane Properties, says, “In peak letting season we can have as many as 100 boards up at any one time. It is great in getting your brand out, pretty much free advertising, but we do make sure we keep in line with Leeds City Council regulations.”

Of course, the switch from ‘to let’ to ‘let by’ inspires confidence among property owners in the area and leads to further instructions, just as it does when ‘for sale’ boards change to ‘sold’. As Brookes says, “Nothing screams success more than numerous ‘Sold’ boards proudly displayed in your catchment area.”

But while a ‘sold’ sign undoubtedly inspires vendors in your area to pick up the phone, Groves says there is a flip side to this. “There are times when boards can be seen to have a negative effect too. If a property was to take longer than expected to sell, the board highlights this fact and potential buyers may question the integrity of the home or else the agent’s ability to sell it.”

With fears about a stalling in the housing market caused by the looming Brexit, it could be argued that there is an equal chance a board will give off a negative impression as a positive one, but the agents contacted for this piece remain unwavering in their enthusiasm for getting as many vendors to agree to them as possible. It would seem the old saying of “boards breed boards” is one the industry still very much believes in.