The Vox in Birmingham hosted a grand day of strategies, a gala dinner and awards. 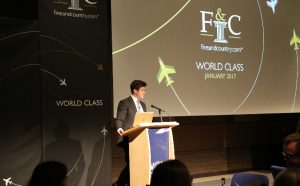 Fine & Country’s strategies for 2017 were announced at its conference, gala dinner and annual awards, which was held at The Vox conference centre in Birmingham on Friday 27th January.

Over 150 estate agents attended, including international representatives from as far afield as Qatar, Italy, Portugal, Hungary, and Malta.

Marketing strategy
Fine & Country CEO David Lindley announced a strategy for 2017, which included the marketing plans. After the success of Fine & Country’s first television advert in 2016, the company will return to the screen in 2017, showing the advert on the Channel 4 Group throughout March, April and May.

The advert will run again in the autumn and Fine & Country continues to advertise in key print publications such as the Sunday Times, The Times and The Telegraph, as well as improving their comprehensive online strategy. 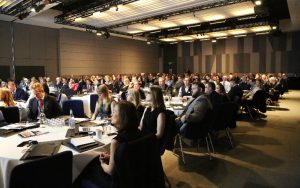 Many improvements are being made to the website, including a 24/7 live chat feature powered by Yomdel, an instant valuation tool and lifestyle features have been added to property pages, showing the location of nearby shops, schools, restaurants and more.

New services
In 2017, features will be added to allow clients to mark their preferred time for a valuation or viewing. Website visits improved greatly over 2016, showing that the improvements are proving to be popular with the public.

Standards will be a key focus for the company in 2017. All new Fine & Country offices will be inspected, as well as random audits for existing offices. This aims to monitor the operating standard of all offices and ensure all branches are fully compliant with the latest legislation.

£100,000 for charity
Fantastic results for the Fine & Country Foundation were also announced at the conference. Over £100,000 was raised in aid of homelessness – the result of efforts throughout the company over the year, including sleep outs, coffee mornings, runs and even Ironman challenges.

It was also the best year yet for PR and social media, with huge increases of followers online and more mentions for Fine & Country in the media than ever before.

In the evening, the annual Fine & Country awards were held. Offices were congratulated across the UK, with the top prize of ‘Best Overall Operator’ going to Fine & Country Cranbrook.

David Lindley, CEO of Fine & Country, said, “The Fine & Country conference was a huge success. All the agents who attended were positive about our plans for 2017, particularly regarding TV advertising. The 12 months ahead will bring challenges but we are excited to see the results.”