In this case, The Property Ombudsman (TPO) Katrine Sporle was asked to review a complaint from buyers concerning two issues with a property: access and attic bedrooms. 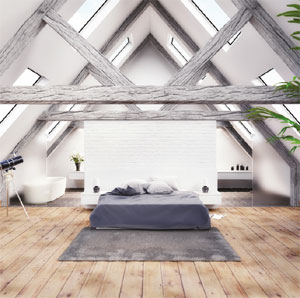 The buyers felt that the agent was aware of the issue prior to their interest in the property and that they should have known the correct access before they placed an offer on the property.

The agent stated that they were unaware of the issue until it was identified during the conveyancing process and once it had been identified, the purchase price was renegotiated between the parties.

Under Paragraph 7i of the Code of Practice, the agent must, by law, comply with the Consumer Protection for Unfair Trading Regulations (CPRs). The CPRs required the agent to disclose any information of which they were aware of in relation to the property in a clear, intelligible and timely fashion and to take all reasonable steps that all statements made about a property are accurate and are not misleading.

The agent should have sought evidence confirming that the works were signed off by the local authority.

The buyers said that after they withdrew from the purchase, the agent continued to market the property as having six bedrooms despite there being no approved planning permission or building certificate for the bedrooms in the loft space.

Again, the agent said that the sales particulars were prepared and agreed with the vendor and there was no reference to the attic rooms not having planning permission within the Property Information Form.

The Ombudsman considered the Primary Authority Advice on properties marketed as having an additional bedroom in the attic space. Under this guidance, it is considered that the planning status of any works undertaken within a property is likely to be considered to be material information which a consumer needs to make an informed transactional decision.

The agent needed to demonstrate that they had conducted reasonable precautions and due diligence. As it was obvious the loft space was being used as bedrooms, as a minimum, the agent should have sought documentary evidence from the vendor, confirming that the works had been approved and signed off by the local authority.

Furthermore, the agent should have sought to confirm with the local authority that there was nothing outstanding with regard to the loft conversion and have written records recording all of the above.

If evidence could not be found to suggest that the conversion was compliant, the agent would have been expected to describe the two bedrooms in the loft space as a ‘loft space’ or ‘attic room’ and should not have been included in the number of bedrooms in the property particulars.

There was no evidence to suggest that the agent conducted any further checks.

There was also no evidence of the agent continuing to advertise the property as benefiting from six bedrooms after the buyers withdrew from the purchase. Whilst the Ombudsman could consider the effect that the sales particulars had on the buyers at the time of purchase, she could not consider the effect of the potential continued advertising on other consumers.

An award of £300 was made for the aggravation, distress and inconvenience suffered as a result of the original sales particulars prior to the buyer’s withdrawal from the purchase.

TPO encouraged the agent to take into account the above guidance and apply it to properties with attic conversions in the future.