Sign in or Sign up
The essential site for residential agents
Home » News » COVID-19 news » New home sales experiencing a V-shaped recovery, according to new figures
previous next
Housing Market

Recovery in sales of new properties has been dramatic after collapsing by 60% in April, according to figures in new report. 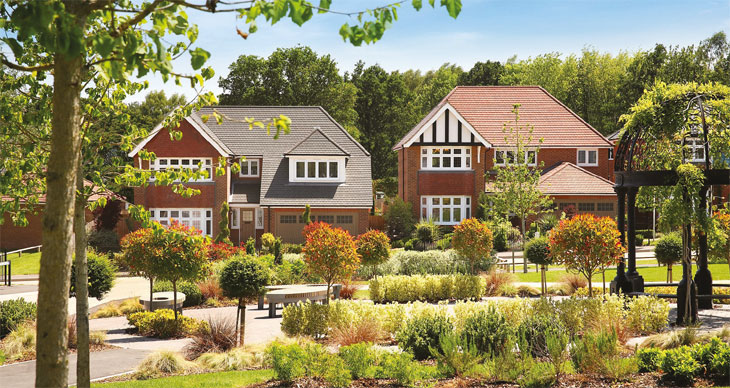 Sales levels have returned to 2019 levels in the latest period after collapsing by roughly 60% in April, with demand bouncing back since the easing of lockdown restrictions.

In the four weeks to 20 June, Goodbody estimates that new home sales nationally were modestly above (4%) the equivalent period in 2019.

The firm says is too early to tell whether this simply represents a catch up from the month of lost activity, but the dramatic change from the depths of the collapse is impressive and represents a V-shaped recovery in new home sales.

The rebound in demand has occurred nationwide, but the most impressive recovery has been in the East and South-East of England.

In both regions, sales in the latest four-week period are ahead of the same period in 2019. The North-West and North-East have been the relative underperformers in this recovery. 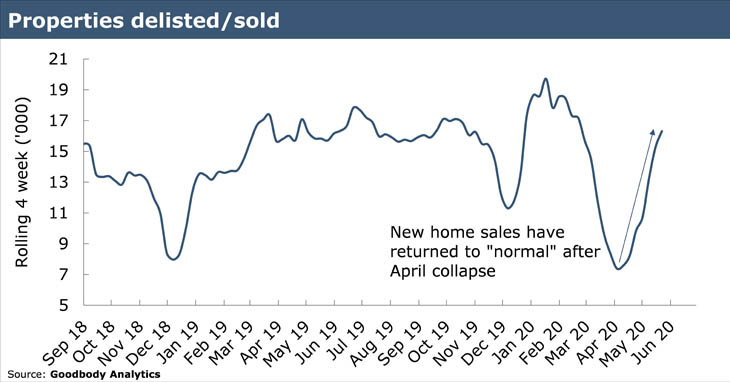 The new Goodbody asking price index suggests that prices have remained firm over recent months. It is early days in this regard, but our index points to low single-digit increases in asking prices to date.

The resilience of new home prices may be explained by the relative resilience of demand and the fact that new home stock levels remain relatively low, having fallen by 6% year-on-year on the latest reading.

Computer modelling initially suggested a 10%-15% decline in UK house prices but while there are significant demand risks as furloughs come to an end, the outcome may be considerably more positive.