Propertymark looks to some like an organisation in need of organisation. Nigel Lewis speaks to its interim CEO, Nathan Emerson. 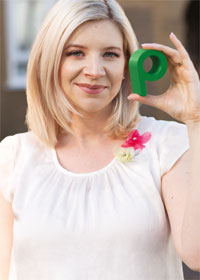 Trade organisations are funny old beasts. On the one hand they are accepted as a ‘must have’ part of any industry and yet – in the case of the property sector – many estate agents resent paying the £250-odd a year to be a member, often grumbling that they don’t get much value for money. And while this is all going on in the background, it’s hard to get people who work in the sector to engage and get involved to help run the organisation or be its local and national ambassadors.

All these pressures and more have come to a head for Propertymark over the past 12 months. An extraordinary litany of departures has given many the impression that Propertymark is about to implode after its chairman Christopher Hamer exited in September 2020, ARLA chief executive David Cox in July, President Kirstie Finney this February and, most recently, the sudden exit of its new CEO Tim Balcon, once again with little explanation or commentary.

A key job is to improve communication between Propertymark and its members and the wider world.

And the person to sort this all out? Step forward Nathan Emerson. A former senior director at Pygott & Crone with a 25-year track record at the Lincolnshire multi-branch estate agency, he has the affable personality but industry experience that Propertymark needs in a leader at the moment. Emerson has been involved at Propertymark for several years as a main board member after leaving Pygott & Crone in 2017 but has been persuaded to step up to the mark to steer the organisation through the next 12 months or more until a replacement for Balcon can be found.

He has also been a regular contributor to The Negotiator magazine, in his role as mentor and consultant to agents, tackling a range of subjects including Covid, proptech and marketing.

Speaking to The Neg on the phone just after his appointment, Emerson says one of his key jobs is to improve communication between Propertymark and its members and the wider world. The organisation can sometimes seem very detached, almost to the point of corporate haughtiness, which riles some commentators and detractors. But Emerson says his time in charge, at least, will see a new era of transparency, accountability and results – all issues that critics such as Andrew Stanton and others have been skewering Propertymark for in recent months.

Commenting on the kind of person who might lead the organisation in the coming years, Stanton said recently, “[It needs] a mind that listens and embraces the grass roots, sees that estate agency like all industries is buckling under the pressures of the emergent technologies that are sweeping into all sectors, and who is man or woman enough to hold up their hand when things go wrong and apologise – rather than shuffling off gagged and bound.”

Emerson wants members to realise that trade organisations like Propertymark, who want to influence government while at the same time appearing to campaign on members’ behalf face a difficult task. “That’s why sometimes we cannot comment on things – because it could cause the membership and industry more harm if central government didn’t appreciate what we were saying and Propertymark was unable to influence decisions,” he says.

Asked whether Propertymark would employ another non-agent like Balcon, Emerson says, “We’re still a membership body and a key strength that Tim was able to share with us on the running and the strategy were very useful, and his insights on that side of things were very good, as was his expertise on qualifications; he’s finishing off a strategy document for us as well.

“But despite all this he’s indicated that he didn’t wish to continue in the property sector. There has been strong feedback from the membership and non-members that ideally we should have someone leading the organisation who has industry experience.”

Emerson says he has a clear understanding of what needs to be done to get Propertymark on a more steady footing, and has the experience and skills to do it. He is also keen to underscore the contribution of Mark Hayward who, after initially stepping down from his job leading NAEA, last July announced that he would stay on in a policy role to help Balcon, and now Emerson.

“Because much of what Mark does is behind the scenes in Whitehall, I don’t think many agents realise how worse off the industry would be without his input,” says Emerson.

“Nevertheless, it’s an honour to have been asked to lead Propertymark and I appreciate there’s a lot of work to do just to steady the ship and appease some people externally,” he says. “But really there are no issues with the day-to-day running of Propertymark.”