It’s a complicated world, mistakes are easy to make, people can be vindictive and cyber crime is a real worry. PI, says Sheila Manchester can protect you. 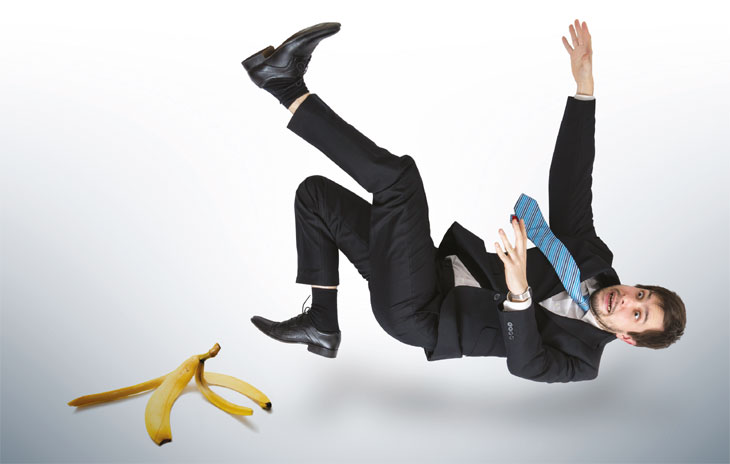 WHAT IS PROFESSIONAL INDEMNITY?

Professional Indemnity (PI) is taken out by professionals who give advice or have a duty of care. Professional bodies such as naea|propertymark, RICS and NALS as well as the redress schemes, require agent members to have PI Insurance as a prerequisite.

If an agent makes a mistake and a third party suffers as a consequence, a claim may be brought, or legal action taken. Subject to policy terms and conditions, the PI policy would respond to include cover for defence costs and damages.

In the increasingly litigious environment, a claims culture has emerged and rapidly developed through social media and ‘No Win No Fee’ law firms and claim centres, which help claimants regardless of whether or not the claim has any substance.

“PI covers third party claims for negligence, errors, omissions or breach of duty on a ‘claims made’ basis,” says Oliver Wharmby at Lonsdale, “which means you are only covered for claims brought if you have a live policy in force at the time the claim is made. If your policy lapses and a claim is brought, you would not be covered, regardless of whether you had a policy in place at the time of the wrongful act.”

“Letting and estate agents give advice daily and have a duty of care to their clients. As a result of this and the ever more common ‘No win no fee’ legal services, letting and estate agents need insurance to cover them should they require legal defence in the event a claim is made against them. Most of our clients have at least £250k worth of cover,” adds Liam Lloyd at Gallagher.

Andy Halstead at Let Alliance says, “A property agent will spend their day advising, negotiating, managing and selling. If they make a mistake it is unlikely to cause an injury, but it is likely that their client will suffer financial loss.

“That’s one part. The other is around the growing legislation and regulation. If an agent inadvertently breaches these regulations, PI cover is most likely to support them. Criminal fines and penalties are not insurable but there is usually provision to defend an agent if there is an inadvertent breach of regulations or statute.”

WHAT DOES IT COVER?

Andy Glynn at HomeLet says, “All PI policies differ slightly in the cover you may be able to have included. It is important to choose a policy that is industry specific and offers protection to cover the risks faced in your profession. In an agency policy, you’d expect to see Breach of Professional Duty, Dishonesty of Employees, Libel or Slander, any awards made by regulatory bodies, Unintentional Breach of Confidentiality & Loss or Damage to Documents. Extensions should include Cyber Liability breaches & Breach in Data Protection regulation.”

Liam says, “Our policy is provided on a civil liability basis, meaning that unless specifically excluded, cover is provided if a claim is brought against an agent where they are seen to have been responsible for causing financial loss in the process of their duty of care to their client.”

A different point is that PI covers you for business activities that you disclose – and only those. “Not all PI policies are standard and you are only covered for what you disclose to insurers,” says Oliver, “If you say you are doing residential lettings but do not disclose commercial, insurers may reserve their rights to avoid providing cover. “

Also, it is easy to buy a policy online which is completely inappropriate for your business activities. Read the wording!”

Sim Sekhon at Legal for Landlords adds, “Look for one that includes cover for infringement of intellectual property rights, dishonesty, defamation and loss of documents. Europol – the government agency responsible for monitoring crime across Europe – says that cyber crime is the biggest threat facing computer users. The PwC’s Global Economic Crime Survey revealed that cyber-crime is now the most common type of fraud for businesses in the UK.

50 per cent of UK businesses were victims of cyber criminals in 2017, while 49 per cent of all UK fraud is related to cyber crime. Cover for cyber crime can vary, says Andy, “Let Alliance offers cover for employees involved in digitally stealing a director’s identity to commit a fraud which then results in a third-party claim.”

Oliver adds that, “PI would not pick up first party losses i.e. the agency’s own losses. For a policy to respond a third party would need to bring a claim against the policy holder.

“There are cyber extensions available under some PI policies, however they are usually very basic and do not offer much more than cover for Instant Response and Public Relations support – so be sure you know what you are getting.”

Awards made to clients through The Property Ombudsman or NALS are usually covered – aside from awards due to discrimination, disputes over professional fees or matters not relating to the business.

Most PI polices should include civil liability which would extend to include third party claims brought under the Consumer Protection Regulations, however fines would not be covered.

WHAT IS NOT COVERED?

“Fines made against an agent as a result of their activity,” says Liam. However, exclusions vary, typically PI does not cover fines or first party loss suffered by the business, criminal acts, trading losses, employers/public liability, property damage, bodily injury, non-disclosure.

An important feature, often overlooked, is the claims handling procedure. If the insured fails to notify a claim within a stipulated time frame, usually 2-3 weeks from becoming aware of the circumstance that may give rise to a claim, insurers may reserve their right to avoid providing cover due to nondisclosure.

Sim Sekhon adds, “It can be confusing, but think of PI as your business’s protection against negligence on its part, you’ll get the picture. PI is about fighting unfair claims and putting right mistakes, most insurers are good at pointing out the exclusions.

Andy Glynn, HomeLet, says, “As standard, you would likely see a number of exclusions in a Professional Indemnity policy such as Deliberate Acts, Breach of Taxation Regulation & Dishonesty (either undertaken or condoned) by a Director or Principal of the company.

HOW IS THE PREMIUM CALCULATED?

Various factors affect the calculation. The major influencer is the risk profile.

Liam Lloyd at Gallagher Tenants are seeking compensation of £28,000 from their letting agent for stress and inconvenience following unauthorised access to their rental property by a contractor undertaking work who indecently exposed himself. He was seen by a neighbour, who decided not to press charges. The claimants blame the letting agent for allowing access and not vetting him appropriately beforehand.

The letting agent offered £260 in final settlement for the inconvenience and distress caused, whilst not accepting the tenant experienced any financial loss.

The case is ongoing, if the tenant continues to push the case to court there will be thousands of pounds of court costs.

The solicitors will try to settle outside court to stop this costly process happening and hopes that agreement can be made by the letting agent and the tenant.

An agent had a landlord looking for a tenant. The agent had a personal contact in the forces who looked ideal. As he knew the potential tenant they didn’t do the usual checks.

This tenant moved in and proceeded to wreck it and didn’t pay his rent, resulting in a £30k of loss for the landlord.

The agent was clearly negligent as they could not demonstrate that they had done the necessary checks on the potential tenant. The policy paid out, but I doubt they’ll see that landlord again! premiums can depend on global politics, the economy and the workings of the property sector. Insurers usually apply size discounts where appropriate but equally load the premium where claims have occurred.

The premium is calculated based on activities undertaken, claims record, number of years trading and turnover.

Lonsdale supplied this very broad example based on the policyholder having no previous claims. The rates are fictitious.

An employee in an accounts department was making payments due to contractors, replacing the contractors account details with their own. By the time the fraud was identified, fraudulent payments of £75,000 were paid out of client/business accounts.

The fraud and dishonesty section of the PI policy responded and insurers paid the policyholder for the short fall in their client account.

An agent, looking to hit a target, moved the tenant in without mentioning the guarantor issue and without sharing our referencing report with the landlord. The tenant began to pay late then defaulted on several payments and the landlord pursued the agent for the outstanding rent.

Clearly, the agent had been negligent, but they had professional indemnity cover. Although their policy excess was adjusted, they were protected from the worst of the claim, but it’s a good illustration of how easy it can be to lose focus, go for the quick win, make a mistake and compromise a relationship with a landlord.