Legal action taken against your business could be a disaster, says Lisa Isaacs, so having really good Professional Indemnity (PI) is as important as it gets. 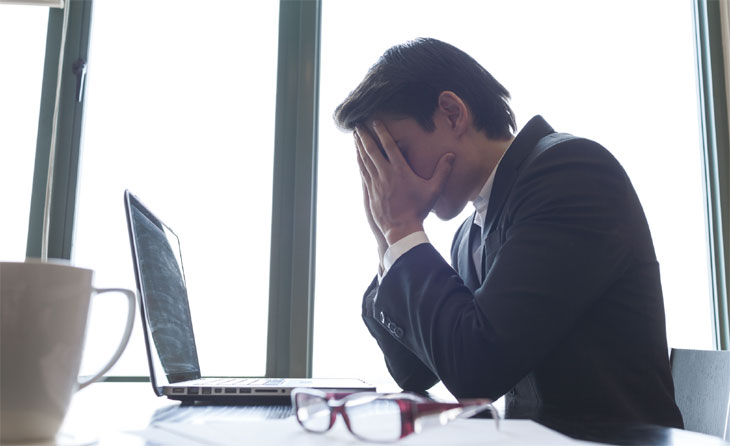 All sales and lettings agencies must have Professional Indemnity (PI) to join The Property Ombudsman and any Client Money Protection scheme. It is also a pre-requisite of joining professional bodies including NAEA/ ARLA|propertymark, RICS and NALS.

Just having a PI policy is not enough, however, so agents should be asking themselves how they would be protected if a claim was made in today’s challenging property market. A series of emerging threats, new compliance rules and a changing economic climate means that existing policies may not be sufficiently robust to meet modern demands.

A PI policy is there to cover third party claims and legal action. In agency, a third party claim would be a client or customer who feels they have suffered financial loss as a result of an agent’s negligence, negligent misstatement, negligent misrepresentation, error, omission or breach of duty. It could be a tenant, a landlord, a contractor/tradesman or a supplier. A PI policy may also defend an agent if they inadvertently breach legislation or regulations.

Lorna Larke, Commercial Manager at Hamilton Fraser, says whilst no estate or letting agent would ever intend to give bad advice or fail in their duty of care, even the most diligent of agents can make mistakes, “When something goes wrong, disgruntled parties can feel so strongly that they may wish to take legal action against an agent in a bid to claim for compensation. This is why businesses must protect themselves with good PI insurance.”

Agents have never been more exposed and while many are familiar with traditional claims, fresh threats could pose the biggest risk.

We’re all familiar with PPI mis-selling and the financial pressure it has put on banks, now, says Oliver Wharmby at Lonsdale, there are growing fears that the zero deposit movement could have similar repercussions in lettings, “Although the zero deposit option is attractive for tenants, it may not be as attractive for the landlord. If the agent cannot demonstrate that they have allowed the landlord to make an informed decision and the landlord is later left suffering a loss through not being able to access the insured deposit, they will almost certainly look to the agent for financial compensation,” says Oliver.

Most PI policies cover fraud and dishonest of employees – not all do, especially the online policies. It’s worth checking it includes civil liability, covering loss of documentation. Oliver Wharmby, Lonsdale.

“Agents need to have clear terms of business to protect their position and make sure they can demonstrate that the landlord was able to make a fully considered decision before deciding to use a zero deposit scheme.”

Tenants and their new right to sue

The lettings sector is coming under increasing pressure to comply and the Homes (Fitness for Human Habitation) Act is the latest hoop to jump through. It comes with the caveat of giving tenants the right to sue landlords if a property isn’t up to scratch.

David Cox, Chief Executive at ARLA|propertymark, has clarified a letting agent’s position by saying that “If an agent acting for the landlord has been made aware of a hazard, and is not actively trying to remedy it, the tenant then has the right to take the letting agent to court”.

PI cover is in place to respond to a breach of professional duty, where the agent would be liable for damages if a tenant had reported a defect and the agent failed to address it. Andy Glynne, HomeLet.

With the door open to a raft of potential claims and consumers made acutely aware of their rights, how agents are covered by PI in this respect is sharply in focus: “The cover purchased may have the potential to respond to claims made under Homes (Fitness for Human Habitation) Act but it would be dependent on circumstances,” says Andy Glynne at HomeLet.

“Primarily PI cover is in place to respond to a breach of professional duty, where they would be liable for damages. For example, in a situation whereby a tenant has reported a defect at a level to an agent and the agent failed to address and rectify it when it is their duty to do so, there is the potential for a PI policy to respond.”

Andy says record keeping and evidence will be absolutely key in terms of PI claims, action and resolution. “This could include, but is not limited to, areas such as: logs of all communication and reports of property issues between the landlord and tenant, with dates, times and methods of contact; timelines of follow-up actions (what was done, by who and when), invoices for works that were completed; confirmation in writing from the tenant that they are happy the problem has been addressed and there are no outstanding issues; potentially increased frequency of inspections at the property (but balanced with the requirement to allow quiet enjoyment); and a thorough documentation of the property’s condition at check-in and at any inspections, taking pictures where possible.”

Protecting agency businesses from their own staff…

Agents are only too aware that the industry peaks and troughs and it’s when the market is in a lull that agents need to be on guard. Staff can get themselves in to financial difficulty, especially when they’re commissioned based, and temptation sometimes proves too much.

While PI won’t cover an agent if an employee dips in to petty cash or steals items from the branch to sell on, PI will protect where staff have caused financial loss to third parties. Oliver has seen an increase of theft by staff from the properties of sellers and tenants over the last 18 months.

The theft isn’t always as tangible as a watch or jewellery, adds Oliver, with third-party financial loss taking other guises,

“One case involved a manager stealing tenants’ deposits and landlords’ rent to the tune of £350,000 over an eight month period. Another involved a sales negotiator who valued a property at £75,000 and sold it for £125,000, without marketing it.

In one case a negotiator valued a property at £75,000 and sold it for £125,000, without marketing it. They requested a £50,000 deposit be paid into their own private bank account to secure the property and exchanged and completed on the same day, settling the balance with the seller.

“They requested a £50,000 deposit be paid into their own private bank account to secure the property, and then later exchanged and completed on the same day, settling the balance with the seller.

By the time they were found out, the negotiator had disappeared.” It’s in these cases where PI would step in, should the third party make a claim. 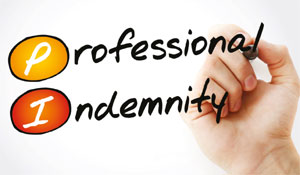 The increasing trend for self-employed agents, franchises and local property experts also presents a fresh risk. Whilst it may seem attractive to use self-employed, commission-only consultants in straightened economic times, the risk is much higher as agents may not have the same level of control and supervision.

The onus is on the agent to protect their business through making sure the correct insurance is in place, that it is paid up and a policy is always in force but the flexible nature of PI policies can catch agents out.

“It’s too easy for people to take out a PI policy on a rolling monthly basis,” says Oliver. “Although this provides a policy schedule for an open-ended period and evidence of PI cover, which allows the person to register with The Property Ombudsman and take out Client Money Protection, the policy can be cancelled the same day it is bought and rendered obsolete.”

The negotiator or ‘expert’ could then be practicing under a brand name without adequate protection, which can result in irreversible financial damage.

There is little doubt that cyber crime is increasing and agents need to be aware of the degree of cyber protection their PI policy offers.

Richard Connop, Commercial Director of the Gallagher Brierley Hill SME Hub, points out that while an element of cyber cover is often provided by PI, there are normally restrictions in the circumstances that lead to a claim and how the policy reacts to them, “It’s unlikely that a standard policy will extend to include crimes but there are also other considerable differences. A simple way to understand the difference between PI and a more specific cyber policy is that the key purpose of PI is to help resolve third party losses, whilst cyber insurance is designed to protect the first party policyholder too.”

A business that has properly considered its risks and purchased a cyber insurance policy in addition to PI could reduce a fine by having taken the matter more seriously. Richard Connop Director, Gallagher.

For example, if an agent receives a volume of complaints about having exposed customers’ personal details as a result of a data breach, the agent’s PI policy will likely defend them, where possible, and provide compensation to third parties – but it is unlikely to help the business handle the incident and prevent their own losses.

The introduction of GDPR means agents are now far more likely to be held to account in the event of a data breach, whether through an error or as a result of a crime such as hacking. “All businesses must be able to demonstrate that they are adequately protecting the data they hold on individuals and follow the strict process for reporting breaches to the ICO. Failing to meet these requirements could result in substantial fines and penalties.”

Richard adds that it’s still very early and there are no real test cases to see how the ICO will react: “It’s a fair assumption that a business that has properly considered its risks and purchased a cyber insurance policy in addition to PI could have a reduced fine by appearing to have taken the matter more seriously, not to mention that such businesses are more likely to react far quicker when supported and therefore minimise the impact to customers too.”

It’s no time to skimp

Insurance experts all agree that the type of PI is just as important as having cover in the first place. As dry as it may be, reading the small print is critical, “One key inclusion to look out for is whether your policy is in the aggregate or for any one claim. If your PI insurance policy has £1m level of cover and a valid claim is made against you, the insurer pays up to £1m in damages and legal costs,” comments Lorna.

Being thorough with PI cover is also endorsed by Oliver, “Access to PI is very easy and agents could take out a miscellaneous policy that leaves them under-insured and exposed. Most PI policies should cover fraud and dishonest of employees – not all do, especially the online policies. It’s also worth checking that any PI policy includes civil liability, which would cover loss of data or documentation.”

Many agents assume that PI covers them in any eventuality but several instances and actions are actually covered by other insurance products. In addition to PI, it’s recommended that agents explore public liability; employers liability; employment practice liability; cyber liability including cyber-crime; crime/fidelity guarantee and even social media policies to ensure they are fully protected in a new era of legal and civil action. 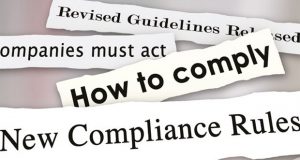 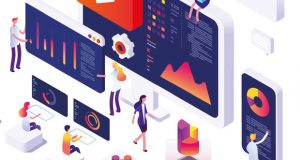