Sign in or Sign up
The essential site for residential agents
Home » News » A third of tenants have to wait ‘too long’ for deposits to be returned, claims Which?
previous next
Regulation & Law

A third of tenants have to wait ‘too long’ for deposits to be returned, claims Which?

A new investigation into the rental deposit system has revealed that a third of tenants are forced to provide a deposit to their new landlord while waiting to have their previous deposit returned.

Some 31% of these tenants then turn to friends and family to fund their ‘second deposit’  while 9% borrow money off loan sharks or use their credit card, while the rest rely on overdrafts, says consumer organisation Which?

It is calling on the government to both review the system to prevent this ‘two deposits’ problem and also tackle the other major area of conflict for tenants; contested deposit deductions.

Its report also recommends the recently-launched slew of insurance-based deposit schemes because they “potentially help tenants better transition when moving between rental properties”.

The report also found that Millennials get a rougher deal from the renting process and are more likely to encounter problems with letting agents.

This includes being asked to pay a holding deposit and be pressurised into making a quick decision about a property.

Which? also discovered that among those who had money taken from their deposits, half disputed the deduction.

The two most common deductions are for inadequate cleaning of the property prior to moving out and damage identified during exit inventories.

Tenants also find the process of disputing a deposit deduction ‘too much’ during an “already stressful process”.

“The redress system across the sector can be complex and confusing for consumers and may not be operating effectively for tenants where they believe they have been treated unfairly,” the report says.

Eddie Hooker (left), CEO of government-approved scheme MyDeposits.com, disagrees with many of the points within the Which? report.

He says: “While I recognise that the systems and processes of deposit protection may need updating to deal with today’s rental market, having carried out extensive research I do not believe that overhauling the current system in favour of, for example, no deposit insurance alternatives, offers any greater protection for tenants.” 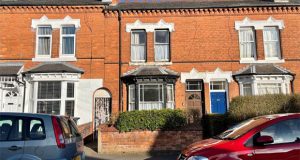