Sign in or Sign up
The essential site for residential agents
Home » Features » Prisk: how to mend our broken rental sector
previous next
Housing Market

Prisk: how to mend our broken rental sector

Forget the doom and gloom, the next few years in the lettings sector all sounds very exciting when you listen to the Housing Minister Mark Prisk speak on the future of the private rental sector.

Mr Prisk was speaking at the Estates Gazette conference held at The Law Society, London. He told delegates that there has been an imbalance of supply and demand, that we need a new approach, incentives and initiatives to encourage new development and institutional investment.

I would encourage you all to engage with this process, because we want to listen to what the industry has to say and get it right.” 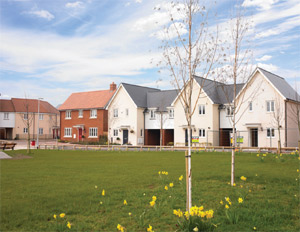 “For much of the past two decades, we have been consistently building half of what we needed, year on year. The result has been a serious imbalance between supply and demand, and while this has led to potential opportunities for investors, there are significant social consequences too.

“So as a government, we’ve had to step back and adopt a new, comprehensive approach to the problem. An approach which reaches across all tenures – owner-occupied, affordable, and private rented – understands the relationship between the three, and seeks to address the deep dysfunctionality in supply and demand.”

The Government could be described as ‘scheming’ there are so many schemes on the table – the New Homes Bonus, the Get Britain Building fund, the Build to Rent fund, the Affordable Housing Guarantee scheme, and the Help to Buy schemes, but for this speech Mr Prisk’s focus was on creating a bigger and better private rented sector.

“Over the last decade, the private rented sector (PRS) has become increasingly important in addressing people’s housing needs. The sector now houses 3.8 million households. Mobile patterns of work and reduced mortgage availability have made renting a more realistic choice for many more people, and the effect has been a strong rise in demand over the last decade.

“So far, this rising demand has been met principally by individual landlords, who have been responsible for adding approximately 1.5 million new homes to the sector over the past decade. But there is real potential to go further, and particularly to bring new players into the market. Put simply, we want a bigger and better private rented sector, a sector in which large scale and experienced institutional investors can help the market not simply grow, but also to mature.”

All good news then, it seems that finally a Government is trying to get the big boys on board, to see that there are worthwhile returns to be made from the PRS.

“Small scale individual landlords operate around the world, but in many countries, such as the US, Germany and Switzerland, institutional investment in the private rented sector is much stronger and more established than it is here. Evidence from those markets shows that where institutional investment is stronger, costs are driven down and the sector becomes more professional, with a longer term perspective.

That’s what we want to encourage here. It’s a change which has the potential to underpin sustained growth of the entire private rented sector, and offer beneficial changes to the market as a whole.”

This, said Mr Prisk, “is our aim for the private rented sector. But to realise it will require certain expertise and experience that Whitehall does not have. That is why we have set up a new expert Private Rented Sector Taskforce.”

This taskforce will be led by the former head of Cluttons Residential, Andrew Stanford, the rest of the taskforce members will be:

The role of the taskforce will be to connect investors with opportunities for long term investment in the sector and help to break down actual and perceived barriers to entry. They will work with the sector to kickstart the delivery of innovative, high quality and large scale rented projects. And they will bring developers, management bodies and institutional investors together to help you get the most from both the private rented sector Housing Guarantees and the Build to Rent Fund.

Mr Prisk moved on to discuss the new specific financial initiatives for the sector. “Through the Housing Guarantees Schemes, we will underpin up to £10 billion of debt to make borrowing cheaper for housing providers, boosting provision of both private rented and affordable housing.

“The Chancellor announced in the Budget that grant funding in support of the Affordable Housing Guarantees has now been doubled. We’ve taken it up to £450 million, pushing out the completion deadlines to 2017. This flexibility is important to help bring the number of additional affordable homes delivered by the scheme to 30,000.”

The Chancellor has also expanded the Build to Rent Fund, pledging an additional £800 million, in addition to the original £200 million announced last September, in response to a large number of applications demonstrating a ‘substantial appetite out there to build for the residential sector’.

“We are taking forward 45 projects for due diligence. We expect these projects to deliver up to 10,000 new homes in London, the Midlands, and the North of England. “So this is not just about what’s happening within the M25, as important as that is.

Together these projects will help kickstart the expansion of this sector, while demonstrating the good returns that can be made from private rented housing.”

Mr Prisk moved on to the rather more thorny issue of regulation, admitting that, “there is also a role for proportionate regulation in raising standards, particularly in tackling some poor and appalling practices that a minority of the sector engage in. Practices that I am sure no one here today would condone but which, unless we are careful, could tarnish the reputation of the sector as a whole.

“We have already provided funding to nine local authorities where the unusual but important problem of landlords renting ‘beds in sheds’ is most acute. It’s vital we crack down on this minority of rogue landlords, who flout the law and exploit people shamelessly, and we’re showing that bad practices like these are unacceptable.”

Offering access to redress will not only give landlords and tenants an avenue to complain when things go wrong. It will also drive up the quality of service that letting agents offer, and benefit the whole market through changing perceptions of the private rented sector.”

And the other rogues – letting and managing agents: “Separately, but just as important for the image of the sector, there have also been quality of service issues in relation to letting and management agents. Now, letting agents play an important role in the market, and I am satisfied that a clear majority of them act within the law and offer a good service to their clients, landlords and tenants alike.

“But of course the reputation of the majority can be damaged by a small minority, people who offer a poor service and engage in practices that are unacceptable. It’s bad for letting agents, but also bad for landlords and tenants.

“There have been a number of reports on this issue, from bodies such as RICS, Which? and the Office of Fair Trading, and some people have argued for a full panoply of new regulation to cover the lettings industry.

I think that is an excessively burdensome approach, and could potentially stifle innovation and competition.”

“However, I do recognise there is an issue here, so that is why today the government has introduced an amendment to the Enterprise and Regulatory Reform Bill giving powers to require letting agents to offer landlords and tenants access to approved redress schemes. This is being debated in the House of Commons today and I strongly hope that it will be passed, [it was] so that we can then get on and consult on the secondary legislation we will need to put this in place. The keyword here is consult: I would encourage you all to engage with this process, because we want to listen to what the industry has to say and get it right.

“Offering access to redress will not only give landlords and tenants an avenue to complain when things go wrong. It will also drive up the quality of service that letting agents offer, and benefit the whole market through changing perceptions of the private rented sector.”

The PRS is vital

Mr Prisk says that the Government believes that the Private Rented Sector is a vital part of a functioning housing market, and wants it to get bigger and better.

“A sector in which supply keeps pace with demand, large investors play an increasing role, and government policy is set for the long term.

“Only in this way will private rented housing fully realise its potential alongside other tenures. It’s why we’ve introduced Build to Rent and our Housing Guarantees.

“Our interventions are radical and significant. And that’s because this is a long term commitment, not a short term fix.

“Success will not be easy or quick. There will be further obstacles along the way. After all, this is an untested market. But working together, I believe we can rebalance our housing markets, and so provide the right type and quality of homes for the next generation.”