The residential property industry has become a prime target for technology companies. Nigel Lewis looks at the scale of the proptech industry and some specific examples. 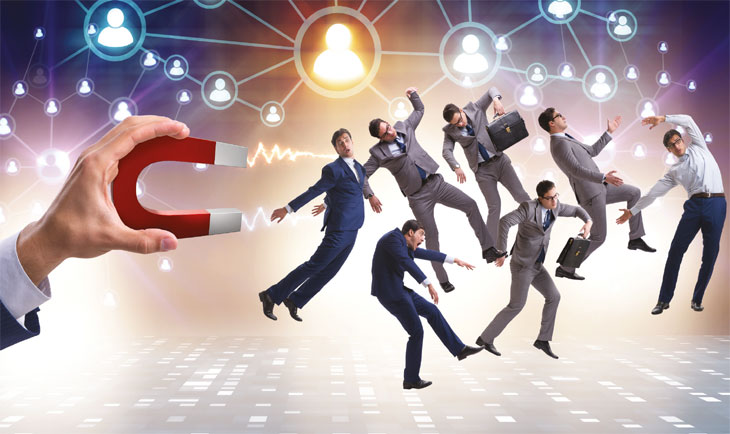 Residential estate and lettings agents may be weary of proptech’s dominance of industry debate, but it’s a vibrant sector, with 200+ firms battling to draw you in – over 800 in total – in the commercial, construction, architecture and facilities management sectors. This makes the UK the most innovative market for proptech in Europe and the second most active in the world after the US according to data platform Unissu.com.

These numbers are high because proptech is a very broad church; tech is slowly being adopted in almost every area of the industry. Such white-hot competition for estate agents’ marketing and tech spend means that innovation is at a crescendo; not only is the UK awash with digital start-ups but traditional property software suppliers are having to keep on their digital toes too.

However although proptech investment and development may be lively, it also faces the same challenges that estate agents are currently dealing with – including Brexit.

As a sector spokesperson, James Dearsley of Unissu, recently said, if the residential property sector is pummelled by a no-deal or bad-deal Brexit then the UK may not remain a beacon of proptech development. “But it is possible that, even in the worst case scenario Brexit, UK proptech will continue to thrive, if only due to its existing dominance in the global industry,” says Dearsley.

Funding for the less viable start-ups and ideas is already beginning to tighten. Curran McKay, COO of artificial intelligence based property management platform AskPorter, recently told The Negotiator that the tech sector faces a funding ‘winter’ after years of free-flowing investment cash into the sector.

In the meantime, proptech innovation continues apace. If you’re trying to keep tabs on what’s going on here’s The Negotiator’s A-Z of the latest developments.

AskPorter is about to complete a six-month trial of its service with half a dozen lettings agents for whom it has created a bespoke service via its artificial-intelligence based maintenance and concierge platform.

When that finishes later this year, says Curran McKay at AskPorter, the company is planning to expand its service to include a more end-to-end approach that will include the different services it ‘chatbot’ interacts with, including maintenance contractors and other suppliers.

We’re completing a six-month trial with half a dozen lettings agents for whom we have created a bespoke service via our artificial-intelligence based maintenance and concierge platform. Curran McKay, Ask Porter.

Property management platform Fixflo is arguably the largest and most successful PropTech firm and now has over 35 per cent of letting agents as customers, 10% of the block management sector and a growing number of build-to-rent clients.

Rajeev Nayyar, its founder, says the key upgrades at Fixflo so far this year include an artificial-intelligence based system that enables tech-phobic tenants to ring in their maintenance problems by leaving a voicemail on its system. This is then read automatically by its new ‘Fixphone’ in real time.

Nayyar says its platform also now offers a 24-hour emergency out-of-hours service for agents and landlords via its partnership with the AXA contractor network.

Key upgrades at Fixflo include an ai based system that enables tech-phobic tenants to ring in their maintenance problems by leaving a voicemail. This is read automatically by ‘Fixphone’ in real time. Rajeev Nayyar, Fixflo.

Lastly, the Fixflo system now enables landlords or agents who want to use their own maintenance suppliers, to pick and choose which jobs are allocated to their preferred supplier, and which are farmed out to the Fixflo contractor base.

Outsourced lettings platform Goodlord has been busy, particularly following the changes required of the industry following the tenant fees bans in England and Wales.

This includes removing many of the fees that used to be listed on its system and ensuring the new rental deposit caps are implemented too. Goodlord also now shows tenants a draft copy of their rental contract automatically and enables its system to handle corporate lets too. But the proptech firm’s biggest push this year has been to automate the insurance claims process for its Rent Protection and Legal Expenses policies through new provider DAS insurance.

Over 250 estate agency brands use the area information supplier Locrating, but its boss Erica Tandy says she’s been busy in an unexpected way this year. Recently, as many agents may remember, Google stopped offering its maps service free to businesses including estate agents. Tandy says she’s therefore been busy trying to help them out. “It has been worrying for agents because their websites have been plastered with warning messages where Google maps used to be,” she says.

Google now requires agents to sign up to a billing account before they can re-instate the digital behemoth’s maps service.

“We are seeing a mixture of responses in the industry, from accepting the additional bills or reworking of websites all the way to the extreme of removing maps altogether. We’ve been approached by lots of clients over this, asking for advice, and in response we created a plain transport only map that our clients could use as part of their existing Locrating plug-in subscription, as an alternative to Google Maps.

“Clients have reported a significant reduction in costs as a result of swapping out Google Maps for our own. We also released a new Amenities plugin that shows a vast array of local points of interest such as shops, restaurants, healthcare, transport, museums etc. and also a list of local stations and local schools.”

Lettings management platform Propco has been busy plugging in over 30 different services that agents can access, some of which are able to generate referral commission payments for them. This includes document management, automated portal feeds, applicant matching, property and lease management, inventories, tenancy management, direct debit support and electronic signatures, to name a few.

“To increase revenue, agents have the choice of increasing rents or upping their fees to landlords,” says Vik Tara, MD of Propco. “Alternatively you can look at ways in which you can swallow the costs by improving efficiencies within the business.

“One such option would involve bringing in technology – automating some of your day-to-day procedures, saving time and money for all areas of the business.”

Many of the big software companies have taken an inclusive but cautious approach to PropTec but Reapit has gone the whole hog, launching its all-singing, all-dancing plug-in for proptech companies. Reapit claims it is the first UK platform of its kind to throw open its doors to specialist proptech firms and that this will create a ‘universal standard’ for customer data sharing within the proptech industry.

We believe there is a bigger opportunity to drive an entire ecosystem of innovation and to standardise customer data, giving customers more choice and simplified management. Gary Barker Reapit.

This, it is argued, will both extend the range of Reapit’s Agency Cloud and Property Cloud software, help proptech firms find new markets for their ideas and prevent estate agents having to juggle multiple suppliers. “We’ve seen increasing demand from proptech companies and our customers to integrate with Reapit’s CRM,” says Gary Barker, CEO of Reapit.

“Today the market offers siloed APIs (or plug-ins) so vendors can exchange data, but we believe there is a bigger opportunity to drive an entire ecosystem of innovation and to standardise customer data, giving customers more choice and simplified IT management.”

Tilt has been in the property software market since 2004 and is well-known for its RentPro platform for letting agents and landlords. It rebranded its range to appeal to three distinct markets (landlords, lettings only and full estate agency) and now tailors its software to the needs of each customer rather than offering a ‘one size all’ off the shelf approach.

“Every agency has its own unique ways of working and the sector is changing fast,” says co-founder Diarmid Sloan. “These differences may be in the scope and quality of service they provide to landlords or tenants, the ways they generate revenue in a very competitive market, or the increasingly innovative ways in which they interact with their clients and staff. We believe the answer to this challenge lies not in trying to serve everyone, but in offering products which serve particular segments of the market exceptionally well.”

We believe the answer to this challenge lies not in trying to serve everyone, but in offering products which serve particular segments of the market exceptionally well. Diarmid Sloan, Tilt.

Sloan adds that the company is working hard to prevent ‘feature bloat’ which he describes as one of the biggest problems in the property software market.

Zoopla is now a major player in the property software sector and busy with upgrades and launches to deliver more leads to agents and help them prospect for clients. This includes a better smartphone app featuring improved navigation for house hunters which, they claim, will drive sales and lettings leads to agents. The app also learns from users’ search activity to personalise their house hunting experience.

Zoopla also recently launched AdReach Express, its prospecting tool for agents. It uses a location-based data platform to target potential vendors via social media sites such as Facebook and Instagram using data gained from visitors to its main site.

Agents like it; “We are proud to be a local, independent estate agent and so AdReach Express has been perfect for us,” says Dunstable agent Ed Deakin-White Harrison. “Our business has been easily and affordably supercharged with Zoopla’s powerful data. The product has perfectly supported our day-to-day business, grown our client base, and increased brand awareness.