Sign in or Sign up
The essential site for residential agents
Home » Features » The market: strong… ish not necessarily stable
previous next
Housing Market

Designs on Property tracks and summarises the property indices. Kate Faulkner says, “With prices showing little movement in 12 months, you see where the market description of ‘stable’ comes from. Reading the prices by region shows vastly different performances.” 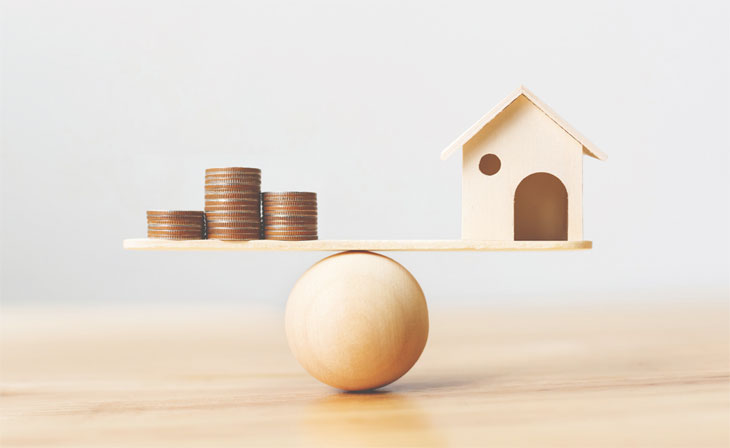 Rightmove: “Price of property coming to market within a whisker of new record.”

Home.co.uk: “Slowdown worsens as prices slip further into the red.”

Average prices across the indices vary from mortgaged-only prices from the Nationwide HPI of £216,515, through to marketing prices (ie not necessarily sold) from Rightmove of £309,348 and actual prices from LSL Acadata HPI of £300,866. Average sold prices from the UK HPI stand at £228,903 (There is a 39 per cent difference between the highest average price from LSL which include cash sales and the lowest from Nationwide which reflect mortgaged homes).

In a regional view, virtually all parts of the UK are expected to see some uplift in prices over the year ahead.

“The word ‘stable’ to describe the property market has recently been used by many of the indices, but no-one is describing the market as ‘strong’ and the most negative title comes from Home.co.uk which suggests the ‘Slowdown worsens as prices slip further into the red’. What most indices agree on is that in today’s market people just aren’t being forced to sell, mainly due to rock bottom mortgage rates. So, when demand falls, so does supply, lessoning the impact of potential price falls, so the market slows as opposed to seeing falls which, when reported, can drive the market down lower. Most indices also agree that prices have pretty much ‘topped out’ across the UK with perhaps the odd exception of some areas in the North and Northern Ireland.”

Wales is our top performer this month with prices year on year heading above the long term average to 6.7 per cent. This is great news for those who have bought since the market low in 2009, but with most home owners in Wales owning for 22.6 years, this won’t mean much, especially as those that bought in 2007/8 will find average house prices are just nine per cent higher than they were 12 years ago. Meanwhile, Northern Ireland prices continue to rise, but from their very low base. 12 years on from the recession, prices on average are still 40 per cent lower.

RICS: The regional breakdown shows that the South East now exhibits the weakest sentiment on price movements, while some of the downward pressure has seemingly eased in London during recent months (albeit the price indicator still remains quite comfortably negative in the capital). From a regional perspective, virtually all parts of the UK are expected to see some uplift in prices over the year ahead. London remains the sole exception, although even here projections are broadly flat. At the other end of the scale, contributors in Scotland, the North West and the West Midlands returned the strongest expectation for house price growth over the next twelve months.

LSL Acadata HPI: Four regions currently have negative house price growth, as does England and Wales overall, with three of these regions being based in the south-east of England, centred on Greater London, and the one exception being the North East. This is the fourth month in a row in which the North East has seen negative annual rates, as is the case for the South East. In the East of England, annual rates have been negative for the last three months, whereas in Greater London price growth has now been negative for eight months. Six of the 10 GOR regions have seen their rates of annual price growth increase during April, with the largest change being in Greater London at +1.9 per cent, while 4 GOR areas have seen a decline in their rates of growth, the largest fall being in the West Midlands, slowing by -1.0 per cent.”

Hometrack: The annual growth ranges from a high of 5.0 per cent in Liverpool to -4 per cent in Aberdeen. Residential values continue to fall in London and Cambridge while the rate of growth weakens across southern England. These trends are a result of market fundamentals. Specifically, evolving affordability dynamics and the impact of successive tax changes since 2015. Together, these have impacted buying power and demand for housing, hitting high priced cities more than others.

“With England prices showing hardly any movement in the last 12 months, you can see where the market description of ‘stable’ comes from. However, breaking prices down by region shows the vastly different performances. The most shocking stat is from the North East – very often ignored by the media. Prices are up just two per cent year-on-year but are still down by six per cent versus 12 years ago. It has to be asked if affordability is the real driver of a loss of first time buyers, why have so many been lost in the North East versus other regions? The North West and Yorkshire and the Humber are in a similar position, albeit with property prices 6-7 per cent higher than 12 years ago, but again, first time buyer levels in both these areas have still fallen, despite prices being pretty reasonable. Hometrack does some interesting analysis on the affordability changes of FTBs, comparing 2016 to 2019 and concluding that, “the income to buy for a first-time buyer has fallen in the most expensive cities. The level and change in the income to buy explain recent trends in the development of price growth and the outlook.” Suggesting cities like Newcastle don’t require any more income to purchase than they did three years ago.”

NAEA Propertymark: The number of sales agreed increased for the second month running, rising from an average of eight per branch in April, to nine in May. This is the highest level of sales since September last year, when the same number of sales were recorded per member branch.

RICS: At the national level, new buyer enquiries were virtually unchanged compared to the April results – the first report since July 2018 in which survey participants did not cite a decline in buyer demand.

Even so, agreed sales continued to slip for a tenth successive month, with a net balance of -13 per cent of contributors noting a fall. Sales expectations for the next three months are still consistent with a further decline in activity.

Meanwhile, new instructions to sell declined yet again during May, the eleventh consecutive month in which they have done so. Notwithstanding this, the net balance of -11 per cent marks an improvement on -34 per cent last month and is also the least negative since September last year.

Bank of England: Mortgage approvals for house purchase (an indicator of future lending) fell back slightly on the month to 65,400, though remained broadly in line with the narrow range seen in previous years. The number of approvals for remortgaging also fell in May, to 46,700.

“It’s not just prices that ‘stable’ applies too, but most indices are also pointing to quite stable demand and supply. The NAEA stats this month look very positive, with the number of sales agreed “rising from an average of eight per branch in April, to nine in May”. According to the NAEA, this is higher than when Brexit fears really hit the market last September. Overall, most indices are reporting steady to slightly falling volumes. RICS surveyors suggest that new buyer enquiries were virtually unchanged versus April, while sales did continue to slip a little, but less so than in recent months. PropCast data found how diverse the markets look within cities and towns on a postcode basis, with some such as parts of Bristol, Poole, Manchester and Sheffield showing they are still a seller’s market, while many others have definitely shifted to a buyer’s market, such as London and parts of Liverpool.”