Calculating the value of land is never easy and an agent needs to be sure they’ve done their best, says The Property Ombudsman, Rebecca Marsh.

A case that The Property Ombudsman (TPO) was asked to review came from the sellers’ representative (the seller) concerned with the sale of land attached to the property. The issue arose following the decision which was made to separate a portion of land from the property and sell it separately.

The value given for the land by the agent was £155,000. The seller explained that he accepted the value in good faith believing that it had been calculated using their local knowledge of land value in the area. However, after the sale of land had completed, the seller discovered that it was being re-marketed by the same agent for more money – now as two separate plots with an asking price of £149,950 each and a combined value of £299,900.

The seller was aggravated to learn that the land was being marketed as two separate plots.

The agent confirmed that they would market the land at £155,000 and the house at £395,000. They received interest from one individual for the land only, but they said the seller was unwilling to sell the land separately from the house at this point. As such, the marketing commenced for both house and land with the asking price of £550,000. After around 35 viewings and no offers submitted, the seller agreed to separate the two and accepted the initial offer of £165,000 for just the land. The sale did not complete for around six months, at which point the asking price for the house had decreased. The house sale later completed for £320,000.

Around a year later the seller submitted a formal complaint concerning his awareness of the re-marketing of the land as two separate plots. The 2019 edition of the TPO Code of Practice was considered. For this case, the particular focus was on Paragraph 4a which required the agent to ensure that any figure advised as a recommended asking price was given in good faith, reflecting the available information, current market conditions and was supported by comparable evidence. Such evidence was required (under Paragraph 4b of the Code) to be retained on file for future reference. The agent’s file did not contain any comparable properties to demonstrate their initial recommendation to market the property at £550,000 or market prices for the land as a separate plot.

The agent said their asking price was ‘agreed by a few agents’. The seller did confirm that a previous agent had marketed the property at the same price which stemmed from a private sale at £545,000 which had fallen through beforehand.

Internal discussions regarding the asking price and it being too high apparently took place within the agency, but there was no record that this was conveyed to the seller at any point.

In response to the values placed upon the land and house as separate plots, the agent explained that land is a difficult commodity to value, that there was no precedent on which they could base a value, and that no other sale had been completed in the area. They instead used the ‘rule of thumb’ of ‘a third of a third of a third’ to reach the figure of £155,000.

Whilst the Ombudsman was aware that this rule existed (the land value, building costs, and profit margin make up the final value of the home) she was critical that the agent did not provide further explanations as to how the method was used or the sums used to produce the final value. They failed to demonstrate that they complied with Paragraph 4a and 4b of TPO’s Code of Practice.

The seller was understandably aggravated to learn that the land was being marketed as two separate plots and at a combined value significantly higher after his sale had completed. It was noted that the agent said they did not recommend the asking prices and it was the new seller who believed he could achieve £149,950 for each plot. The agent did not achieve a sale but instead it sold privately and the final figure was unknown.

The agent, by admission, relied upon another agent’s marketing price without conducting their own due diligence and gave a market price for the land without evidence to support its value. The Ombudsman would have expected the agent to be transparent and make the seller aware of known factors influencing their value of land and that there were no recent sales in the area on which they could base a value.

The complaint was supported by the Ombudsman and an award of £500 was made against the agent for avoidable aggravation, distress and inconvenience. 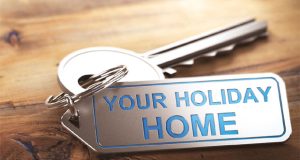 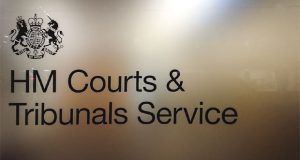