Sign in or Sign up
The essential site for residential agents
Home » Features » The Stamp Duty effect – bubble or bounce?
previous next
Housing Market

As thousands of home-buyers rush to take advantage of the Stamp Duty holiday, Richard Reed asks, what are the implications for the health of the property market? 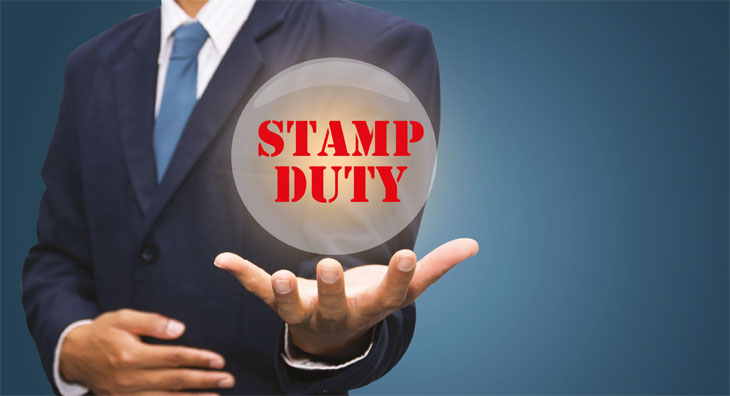 The dramatic announcement in the Chancellor’s mini-Budget that Stamp Duty would be axed on properties under £500,000 sparked a frenzy of interest among buyers.

Rightmove reported that within half an hour of Rishi Sunak’s announcement, traffic to its website jumped by 22 per cent. Over the course of the day, visits hit 8.5 million, up from the previous day’s record of 7.7 million after rumours of a tax cut leaked.

With nine out of 10 house buyers in England and Northern Ireland set to escape Stamp Duty altogether, most agents rushed to welcome the move, glad to have their phones ringing off the hook after months of inactivity during the COVID-19 lockdown.

Other parts of the UK have followed Rishi Sunak’s lead, albeit not so generously. The Scottish Cabinet Secretary for Finance, Kate Forbes, announced she would be changing Land and Building Transaction Tax (LBTT) by raising the initial threshold from £145,000 to £250,000, though no date has been set.

It’s certainly easy to get caught up in the hype. The number of people contacting agents about property on Budget day was up 93 per cent on the same day in 2019, while valuation requests from potential sellers hit a record high, up 89 per cent on the year before.

And it’s not just buyers at lower price points who will benefit. The Stamp Duty cut also applies to the first £500,000 for purchases above this threshold, meaning high-end buyers will also enjoy a considerable saving of as much as £15,000.

But where does the temporary Stamp Duty holiday – it expires on 31 March – leave the housing market?

Once all the short-term froth has died away and city escapees have found their rural retreat, is there a risk of a slump next year as the harsh realities of the dire economic situation hit home?

Where does it leave first-time buyers with small deposits, shut out of the market by risk-averse lenders unwilling to go above 85 per cent loan to value (LTV)? Buyers without whom there can be no long-term recovery.

Certainly some experts think more reform is needed, and are calling for longer term Stamp Duty cuts, together with other, more nuanced changes.

Nick Leeming, chairman of Jackson-Stops, welcomes the move but is calling for a wider review of Stamp Duty thresholds. “I am pleased to hear that the property industry’s calls for a Stamp Duty reform have finally been heard,” he says.

There is no denying that Stamp Duty has previously put buyers off entering the market; 41 per cent of our clients believe there should be a wholesale reduction. Nick Leeming, Jackson Stops.

“There is no denying that Stamp Duty has previously put buyers off entering the market; 41 per cent of our clients believe there should be a wholesale reduction in Stamp Duty across all price brackets. Over a quarter wanted the Government to abolish Stamp Duty on all homes under £500,000.

“There should be a flurry of fresh buyers entering the market imminently, with the hope of completing their transactions before the tax break comes to an end.

“We hope the Government considers a wider reduction across all price brackets in the near future.”

Tim Hyatt, head of residential at Knight Frank, warns that for a fully functioning market to return, the availability of higher loan-to-value mortgages must also be improved to support first-time buyers, while his colleague Oliver Knight, head of residential development research, says a wider rethink of property taxes is still needed “to reduce the distortive effect SDLT has on property markets and maximise any stimulus the Government plans to provide to the UK economy”.

Iain McKenzie, CEO of The Guild of Property Professionals, echoes that call. “Now it is time for lenders to follow the lead and show the confidence that the market deserves by higher lending multiples for first- and second-time buyers,” he says. “It is vital that the incentive is not wasted by lenders not capitalising on the demand from buyers.

“Based on the volumes of activity in the market there is currently an appetite to move. However, many will still struggle to get onto the ladder due to not being able to meet the deposit requirements.

Now it is time for lenders to follow the lead and show the confidence that the market deserves by higher lending multiples for first- and second-time buyers. Ian McKenzie, Guild of Property Professionals.

“At the moment lenders are being more cautious as a result of the uncertainty with regards to pricing and the rise in unemployment. As a result, the number of high loan-to-value (LTV) mortgages available is still well below the level we saw before COVID-19 reached our shores, which will have the largest impact on first-time buyers.”

There’s no doubt that the Stamp Duty holiday will go a long way to help young people in London and the South-East get on the housing ladder, where the £300,000 first-time-buyer threshold was woefully inadequate. Four out of five first-time buyers in London will pay zero Stamp Duty on their purchase with the threshold raised to £500,000, compared with just a quarter previously.

The Chancellor’s move means the Capital’s first-time buyers will save an average of £5,845, which could help them meet new, higher deposits imposed by lenders. In the South-East, the proportion of first-time buyers paying no Stamp Duty at all on their purchase would increase from 65.2 per cent to 96.6 per cent. Rob Houghton, CEO of home-move portal Reallymoving says the tax giveaway “could have a significant impact on the market” in London and the South-East.

“First-time buyers fortunate enough to have secure jobs and large deposits stand to benefit the most, however, and many still face considerable challenges including an insecure jobs market and the withdrawal of higher loan to value mortgages,” he warns.

Meanwhile property industry analyst Anthony Codling, of property platform Twindig, remains to be convinced that the Stamp Duty cut will lead to a full-blown recovery in the UK housing market. “I hope I am wrong, but history suggests otherwise,” he says.

If left unchecked the deposit issue will soon lead to a reality where if your parents do not own their home, then neither will you. We need to broaden the reach of Help to Buy. Anthony Codling, Twindig.

Codling believes the barrier to home ownership is not the level of Stamp Duty but the inability to find the necessary deposit. “If left unchecked the deposit issue will soon lead to a reality where ‘if your parents do not own their home, then neither will you’,” he warns. “Without access to the Bank of Mum and Dad, the dream of homeownership for many will not become a reality.”

Codling is calling for an extension to the Help to Buy scheme, currently restricted to new-build properties. “What we need to do now is take it to the next level and open it up to the whole UK housing market,” he says. “By all means have regional price caps and means-test applicants so the policy is based on needs rather than wants. But if we broaden the reach of Help to Buy we can level the housing playing field and increase the wealth of all.”

But it’s not just first-time buyers and city escapees who are benefiting from the cut in Stamp Duty. Buy-to-let (BTL) investors initially thought they had been left out of the package, but soon found they hadn’t been forgotten after all.

Ben Beadle, chief executive of the National Residential Landlords Association (NRLA), welcomed the change to Stamp Duty for BTL investors, but is calling for the Chancellor to go further.

“We need to boost the supply of all types of housing, including those for private rent to meet the growing demand that existed prior to lockdown,” he says. “The additional rates should be scrapped in cases where landlords invest in properties adding to the overall supply of housing. This includes investing in new-build and bringing empty homes back into use.”

For all the short-term house-buying frenzy, the future is still full of uncertainty. The property market is inextricably bound to the strength of the economy. Will UK plc recover from its own dose of COVID? Is the property market surge a bubble or a bounce-back? The jury is out.