Sign in or Sign up
The essential site for residential agents
Home » Features » Housing Market » Is the risk of selling overseas property worth the reward?

Is the risk of selling overseas property worth the reward? 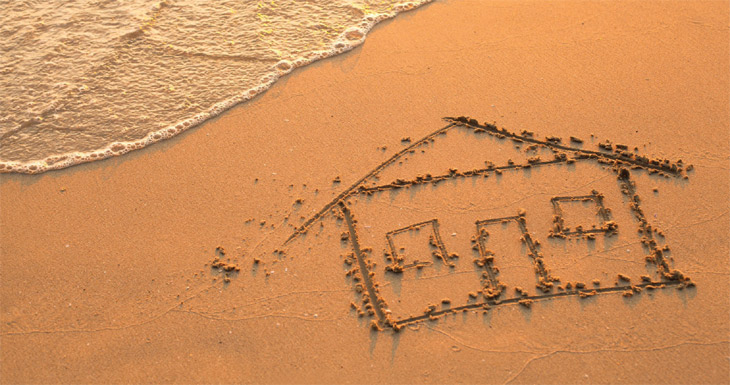 Most property professionals probably don’t peruse the Insolvency Service’s press releases too often. But the release in July this year, announcing the High Court’s order to liquidate First Choice Properties following an Insolvency Service investigation, is news that should greatly concern any agent selling overseas property .

Since the boom days of 2005-6, many foreign property markets have crashed, and sales to UK residents shrunk dramatically. But it seemed the market was recovering, and UK buyers were beginning to venture out again. With sharks like First Choice patrolling the waters, though, agents may find it difficult to win clients’ trust, and put clear blue water between themselves and the wrong ‘uns.

It is easy to get excited by high commissions, but there is more work involved and over a longer period than with UK properties. Peter Robinson, AIPP

Commissions on foreign property are higher than for UK sales; agents can expect to get 4-5 per cent on resale and 5-7 per cent on new builds. That makes it a tempting expansion for UK residential agents. However, they may underestimate the work required. Peter Robinson, CEO of AIPP, warns that “though it’s easy to get excited by high commissions, there is more work involved and over a longer period than with UK properties.”

He says problems arise when agents don’t properly understand the overseas market. For instance, he says, “Agents take in good faith the information supplied by an agent on the ground, who they’re acting as a referrer for, or a developer,” but that information could be faulty. Unless they do proper due diligence, they won’t know if there are problems.

He advises those new to the market to find lawyers with expertise in the relevant area “to run the rule over any development they’re intending to sell.” That will probably cost one or two thousand, but, “If you have an existing UK business to protect, what’s your reputation worth to you?”

I give advice in keeping with the investor. I see my role as supporting, advising and helping them, by, for example, warning them that they will need an exit plan. Louise Reynolds, Property Venture

Louise Reynolds of Property Venture says agents selling overseas property need a huge amount of knowledge to do the job properly. She’s had to get herself up to speed on tax and legal issues in each of the markets her firm handles, and continues to devote a considerable portion of her time to “keeping up to speed with what’s happening, both foreign laws, and changes in UK legislation and how that might affect UK based investors.” She points out that sometimes, details are important; she was able to flag up some important changes in European inheritance rules to a client who was buying a Polish property and wanted to leave it to a Polish member of the family. “Self-education is an important part of things,” she says.

That education needs to be communicated to potential clients, of course. Louise blogs frequently on foreign property issues, while Peter Robinson spends time making presentations at major property exhibitions, as well as talking to potential buyers. Property buyers do pay attention. Because buying a foreign property isn’t need-driven, like the decision to purchase or rent a house in the UK, customers can and often do take their time; this, she says, means the agent has a longer time to develop a relationship. “Clients need to read a bit, see the stuff you’re doing and form an opinion over time,” she says, “rather than your making a one-time hit.”

Responsible estate agents also need to vet their overseas partners carefully. Maria McLaren, Cypriot Expert for Ideal Homes International, says, “It’s all about who you work with. Over the years we met with many law firms but felt safe in the hands of a few. We met with developers and again saw the difference between the companies and what they were building, so once again we sold for only a few.”

Ideal Homes International also decided that it would only sell resale properties that have been built by reputable developers. That should guarantee the properties have been properly constructed, without cutting corners. Maria says it has another advantage, “This way we know if anything structural happens the clients can still go back to the developer.”

AIPP assists members with sourcing by holding regular “meet the product providers” seminars. Each developer has to submit proper documentation, ensuring transparency – though AIPP doesn’t vet the documents, so agents still need to carry out their own due diligence. Peter Robinson also points to BBVA Anida, the Spanish bank’s property arm which handles the sale of properties handed back to the bank by developers, as a good source of Spanish property for agents. Because the bank has done the work, “these properties come to the market all clean and dandy,” he says, free of all debt (that’s important in Spain, where debt follows the property, not the owner).

However, BBVA Anida pays only a four per cent commission, relatively low for this market; as always, there’s a trade-off between putting in the work or getting a lower commission rate.

Louise Reynolds says that sourcing professional advice is as important as sourcing inventory. “There are lots of people involved in the buying process,” she says, “and I know that I want to deal with people who have similar service standards.”

Read any consumer article about buying foreign property and one of the main points will be the desirability of getting a proper survey and independent legal advice. However, Peter Robinson says, whenever he talks at property exhibitions he meets buyers who have been told they can cut costs by using the developer’s lawyer, or that they don’t need a survey.

That can help an unscrupulous agent – one reason some agents decide to highlight the desirability of independent advice. Maria McLaren says, “We recommend law firms that clients can check out themselves, telling them always to go with independent firms.”

In the same way, Louise Reynolds warns those buying property in France that a notary is not the same as a lawyer, and they need to take legal advice too. Inviting transparency in this way can only help the agent gain buyers’ trust.

AIPP evidently agrees that the more legal transparency, the better, since the organisation is involved in setting up access to pre-purchase legal advice.

By the time buyers have identified a property, Peter Robinson says, they have often invested emotionally in the purchase, so the time to warn them about land registry, planning, or debt issues is earlier in the process.

A key to more responsible agency is envisaging the task as consulting and advising, rather than simply selling. Maria McLaren says her objective is “to help the British public make informed choices from people they could trust. We wanted to be able to give them all the information they need and the guidance to buy in Cyprus.” And Louise Reynolds says the ethical estate agent needs to be client focused, rather than product driven. “I give advice in keeping with the investor,” she says. “I see my role as supporting, advising and helping investors.” So, for instance, she will warn her clients that they need an exit plan, since often, they don’t realise how illiquid property can be in a downturn. She suggests that even though property isn’t regulated by the FCA, the “know your client” principle of financial sector regulation is a useful concept to apply. “Trying to understand a customer is a big part of what I do – what their budgets are, what they’re trying to achieve.”

The question of regulation is a vexed one; the sale of residential property, including its sale for investment purposes, is completely unregulated in the UK, and there are no indications of change at the moment. Peter Robinson says that housing minister Brandon Lewis has made it clear the government has no intention to regulate, so British buyers have to depend on the regulation in the market where they’re buying. In some, like France, the market is quite highly regulated; in others, there may not even be a working Land Registry.

However Louise says that there is more regulation impinging on the market. Mortgages, collective investment schemes, property held in SIPPs and loan notes are all regulated, and regulation has started nibbling at buy to let. Property itself, though, remains unregulated – a bit of a worry, since new pensions freedoms mean there is a wall of money that could be heading to the overseas property market.

“Since property is an asset class that’s done very well, while an annuity may not look attractive,” she says, “this is opening the floodgates.” Unscrupulous agents could take advantage. “There are low barriers to entry, so you get lots of agents piling in to a hot market,” she warns. “We really need ethical players in the industry.”

Peter Robinson is optimistic. He notes that at this year’s A Place in the Sun exhibition, most exhibitors were “factual, informed, and credible”, with none of the celebrity buyer stories that were all the rage at the top of the boom. But secondly, the buyers have changed. “There is a marked difference between the buyers of yesteryear and the buyers of today. Now they are more cautious, they demand to understand on what basis you hold yourself an expert, they grill you; they’ve researched a lot and they will ask questions on the issues out there.”

And he believes that while it’s possible to make a fast buck in a hot market, most agents care more about the sustainability of their business in the long term.

As Louise Reynolds says, “It’s a bit more of a slow burn trying to work in an ethical way.” Agencies that cut corners – like developers who dilute their construction standards – might make a bit of money in the boom, but in the long term, they just won’t last. 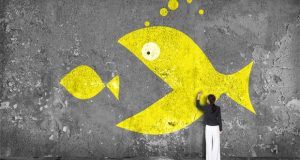 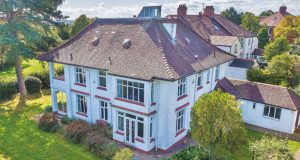