His sudden and unexpected departure comes after three years in the job and ten years with the prestigious firm. 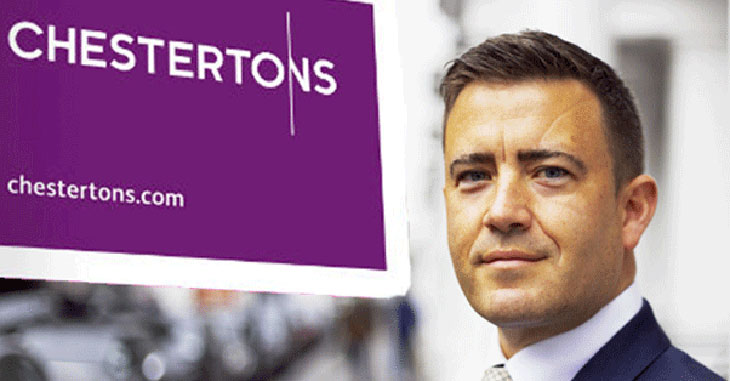 In a last-thing-Friday press release yesterday, Chestertons announced that its CEO, Guy Gittins, has stepped down and will be leaving the company “to pursue a new challenge”. No other reasons were given.

Chestertons, a 217 year-old London-based up-market brand, with 33 offices in the UK and international franchises in 12 countries, was recently rumoured to be up for sale by its Libyan owner, Salah Mussa, with a price tag of £100m. The company remains in Mussa’s ownership.

Chestertons has appointed, with immediate effect, Richard Davies, its long-serving Head of Lettings, as Interim Managing Director until a permanent replacement for Guy is found.

Gittins was appointed Group CEO in June 2018, from his position of Head of Residential Sales, replacing Allan Collins who had held the post for just 15 months.

Gittins came to Chestertons from Savills in 2012, rising from Sales Director to CEO in 10 years.

“Guy’s energy, knowledge and passion will be missed but he is leaving the business in the best shape it has ever been and we wish him all the best for his next move.”