"While water from a leak flowed, driving the leaseholder potty, communication with the managing agent barely trickled,” says Katrine Sporle, The Property Ombudsman. 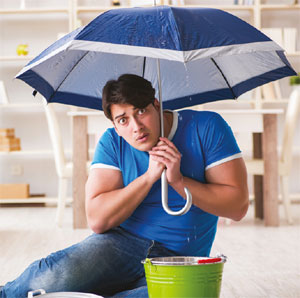 The Property Ombudsman was asked to review a complaint from a leaseholder concerning the manner in which the managing agent for the block dealt with a water leak at the property.

The leaseholder complained about a lack of communication by the managing agent and queried whether the agent had promptly submitted an insurance claim for the damage to the property caused by the leak.

The agent said that the issue of the leak affecting the complainant’s property had happened as a result of an overflow of water from the balcony of the flat above.

They say they were unable to take the complainant’s calls about this on the day it happened due to the high volume of calls from a number of sites.

They also said that the Property Manager had made contact with the complainant a few days later to advise that she was trying to contact the residents of the above flat to try and resolve the issue.

The agent advised that they had contacted the insurers to advise them of the complainant’s claim.

They explained that a storm, on the day of the water leak, caused an increase in calls, emails and insurance claims and that this did stretch resources at the time and they accepted that there was a lack of communication.

In this particular case, the water leak was caused following a period of very heavy rain when water from the above balcony leaked into the ceiling and down the interior walls of the property.

The complainant said that he contacted the agent about this and was referred to the Property Manager, but she was unable to take his calls. He was concerned, saying that water had leaked down the wall.

He subsequently made his complaint in writing, some three days after the water leak, and was contacted by the agent who said that they were trying to contact the tenants in the above property to try and resolve the issue.

The agent needed the insurer’s consent, so he asked the complainant to wait for this before instructing contractors to repair the damage.

A month later, the agent emailed the complainant and informed him that they had chased the insurers the previous day as they had not heard from them.

They said that they hoped to have an update shortly.

After another month, the complainant contacted the agent and asked if they had any update from the insurers, also asking if he could have the details of the claim so that he could make his own enquiries. The agent did not respond.

There appeared to have been some delay on the part of the insurers who contacted the agent two months later with further queries and to ask them to resend all the information that had previously been submitted. The agent responded to the insurers promptly.

The complainant contacted the agent again for an update, by now some four months after the leak, but the agent failed to respond and no update was provided.

Another month went by. The insurers then raised another query, which the agent forwarded to the complainant to assist with. Finally, the insurers authorised the work to be carried out.

A month after having received this confirmation, the agent told the complainant that he could proceed with the repairs and requested that he forward them a copy of the invoice and payee details.

Six months after the water leak had occurred, the complainant had the necessary authority to arrange for the repairs to be carried out.

Whilst the agent was not responsible for the leak, which was caused by a substantial amount of rain, the Ombudsman considered that there has been a significant lack of communication between them and the complainant regarding the internal repairs to the property. The repairs had not been carried out, and the claim settled, until more than six months after the event.

The agent, in its correspondence to TPO, accepted that there was a lack of communication. Whilst they had no control over the speed at which the insurance company acted, they could have been more proactive in following this up, and even where there were no updates, they should have kept the complainant informed rather than having no communication whatsoever.

The Ombudsman supported the complaint and made a compensatory award for the avoidable aggravation as a result of the agent’s lack of communication during a relatively lengthy period. This was in full and final settlement of the dispute. 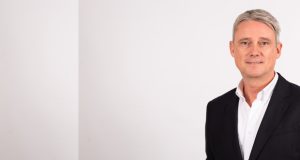 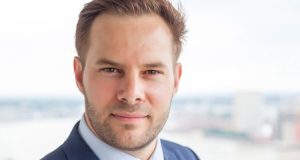