"Take great care with the formalities in ending a tenancy, misunderstandings can be very expensive", says Katrine Sporle, The Property Ombudsman. 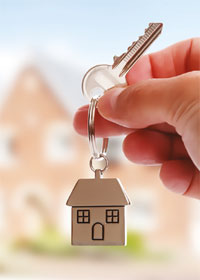 A case that The Property Ombudsman (TPO) was recently asked to review came from a landlord concerning a pro rata refund of rent to the tenant by their letting agent.

The landlord had agreed a fixed term 12-month tenancy agreement with the tenant. Ten months later, the tenant gave notice to end the agreement and said that she would be vacating the property a month early.

The landlord carried out the check out and advised the agent to release the deposit and “start other formalities”. In response to this, the agent released the deposit to the tenant and refunded pro rata rent for the remainder of the tenancy.

The landlord said that this should not have been refunded. The tenant signed a 12-month tenancy and there was no agreement in place to release the tenant from their obligations under the contract before the end of the fixed term.

The landlord requested for the money to be returned to them.

The agent responded saying they were not party to any discussions concerning the end of the tenancy. They were instructed to release the deposit after the landlord had carried out the check out and took possession of the keys. They did not consider they were at fault or that they should pay the landlord £780 in respect of rent which they had already returned to the tenant.

Under the signed letting and management agreement, the agent’s role was clear. It was to ‘collect rent under the terms of the Tenancy Agreement’ and transfer this to the landlord, after deducting any disbursements.

The agent should have checked if the landlord had agreed to release the tenant from the tenancy early, or if they would be liable for the rent.

The tenant advised that she would be vacating the property early. In response to this, the agent told the tenant that they were waiting for approval from the landlord, being aware that the official end of tenancy was in fact a month later.

The agent had emailed the landlord asking them to confirm the early vacation date and to see if they would be present for the check out.

There was no evidence to show that the landlord had responded to this email or that the agent had followed up to confirm the instructions of the tenant’s early departure.

The only correspondence after this was from the tenant who said that she had agreed with the landlord to move out of the property early and would hand the keys back to them that same day.

Under the Codes of Practice, the agent was required to act on the landlord’s instruction and in accordance with their best interests. In the view of the Ombudsman, they should have confirmed whether the landlord had agreed to release the tenant from the tenancy early or whether they would be liable for rent until the official end of tenancy a month later.

It was inappropriate of the agent to assume the landlord’s comment to “start other formalities” meant that the tenancy had ended early by mutual agreement.

In order to demonstrate that the agents were acting in the best interests of the landlord, they should have made further enquiries with the newly instructed letting agent who was subsequently instructed to market the property, if they were having difficulties obtaining a response from the landlord. The agent had these details on file.

It appeared that assumptions were made on the basis of information provided by the tenant.

The terms of the Tenancy Agreement were clear. The tenant agreed to pay a monthly rent for a 12 month period.

The only way they could be released from these obligations earlier was if the landlord agreed. There was no evidence to suggest this was the case.

The Ombudsman therefore supported this complaint and considered that the circumstances merited an award of compensation.

Whilst the Ombudsman recognised that the agent did not receive any direct instructions from the landlord, they did not act in the best interests of the landlord when the rent was refunded.

As a result of their actions, the rent that should have been transferred to the landlord’s account was instead refunded to the tenant.

An award of £780 in compensation was made to the landlord to put them in the position that they would have been in had the agent acted correctly.

This was in full and final settlement of the dispute.