Pent-up demand is pushing house prices up – but economic fall-out of government's Covid restrictions next year will mean zero growth.

House prices are expected to have risen by 2% in mainland UK by the end of the year – but growth will stall in 2021, according to new research.

The housing market’s rapid recovery following lockdown sparked a rapid price spike in some parts of the country, according to the figures from Hamptons International.

However, the East of England and the West Midlands will see prices rise by just 1.0% this year.

Hamptons predicts the economic consequences of the Covid-19 restrictions will be mostly felt next year, but it expects some economic recovery to have taken place by then.

Assuming a trade deal is agreed with the EU and a vaccine becomes available in the first half of next year, with no major second lockdown, the firm believes prices to remain flat, with zero growth in 2021.

The West Midlands looks set to record the biggest price falls next year (-1.5%), followed by London (-1%) and the South West (-1%). Conversely, house prices are likely to rise gradually in six of the 11 regions. 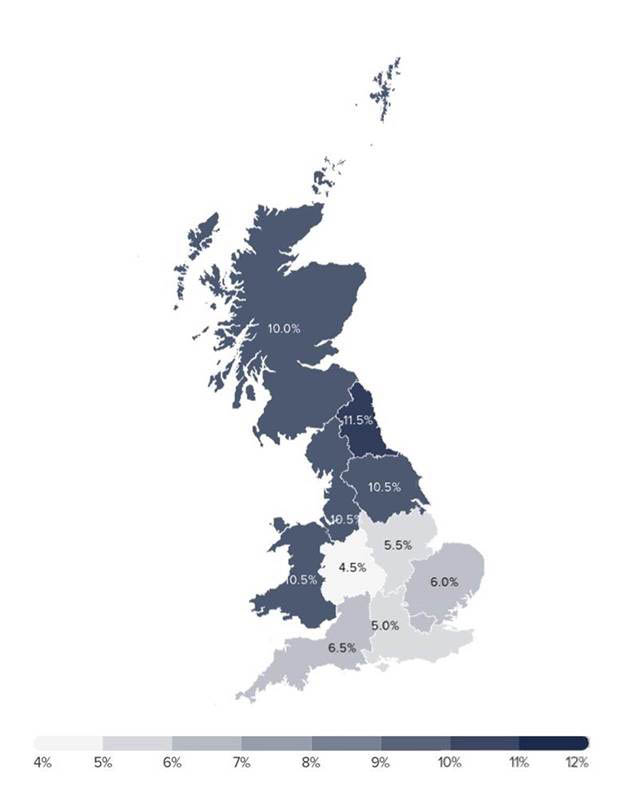 Looking further ahead, as the economy recovers house price growth is expected to accelerate to 2.5% in 2022 and 3.5% in 2023 across the UK (excluding Northern Ireland), equating to 8% over the next four years.

The more affordable regions in the north of England and Scotland that have lagged behind over the last decade are forecast to lead on price growth over the next four years, with prices in the North-East set to rise 11.5% by the end of 2023.

Property transactions in the UK will reach 1 million in 2020, rising gradually to 1.1 million in 2021 before surpassing the five-year average in 2022 (chart 2).

Rents are expected to underperform house prices this year, with -1.0% falls forecast, followed by a further -1.0% fall in 2021 before rebounding strongly.

Aneisha Beveridge, head of research at Hamptons International, said: “The housing market’s strong start to 2020 soon came to a halt with the rise of Covid-19 but after seven weeks of lockdown the market began to recover quickly.

“The market was buoyed by pent-up demand going back to 2016 as well as a rise in the number of households making lockdown-induced lifestyle changes, all topped off by a stamp duty holiday. We believe house prices are set to rise across Great Britain and will end 2020 having picked up from where they started at the beginning of the year.”

However, Beveridge warns the real challenges from the government’s Covid restrictions will be felt next year.

“The economic consequences from the Covid-19-induced recession will pull the housing market from its long-term growth trajectory,” she says. “While some economic recovery should have taken place to cushion the withdrawal of government support, we still expect the housing market to slow next year.

“In line with a gradual economic recovery, we forecast house prices to rise again in 2022 and 2023.  The housing market will fall back in line with its historical cycle, with northern regions expected to see the greatest price growth, further closing the gap with those in the south.”

Buyers continued to flood the market during September, say agents