Sign in or Sign up
The essential site for residential agents
Home » Features » Jersey property market: where every deal goes to court
previous next
Housing Market

Jersey property market: where every deal goes to court

It may be part of the British Isles but Jersey has a rather different process when it comes to buying a property there. 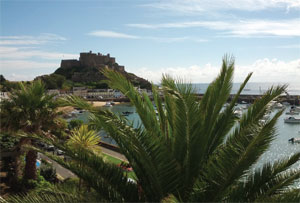 Shelagh Marett LLB (Hons), MNAEA, MARLA, is a Director of Uniquely Estates in St Helier, Jersey. Shelagh says that the sale of freehold property within the Jersey property market is very different from that in England and Wales. In Jersey freehold property contracts are passed before the Royal Court of Jersey. The reason for this is buried in the Jersey legal system.

Jersey is a self-governing jurisdiction under the British crown and its laws are based on the ancient Norman legal system which was in turn, based in feudal principles. This had strict rules on succession and as a consequence for centuries real property in Jersey rarely passed outside of families.

Until you swear the oath in court, the transaction isn’t complete, either party can withdraw from the sale.

All this changed, however, when in the 19th Century Jersey became a popular place for inward investment, particularly for the aspiring English middle classes. The feudal system of laws meant that even if a property were sold, the original owner still had a claim for “rentes” should they need capital, for example to avoid bankruptcy. Rentes were a hypothetical valuation of real estate that could be realised if the property in question were leased to tenants. Thus, even after the sale of land the original owner could claim this hypothetical income from the new owner. This meant that there was no certain security of tenure and thus Jersey property was effectively un-mortgageable.

Clearly, this situation was a deterrent to investors and thus Sir Robert Pipon Marett started a campaign in the 1850s to change property law so that banks would mortgage property to develop commerce. Needless to say local vested interests fought this proposal tooth and nail and it was not until 1880 that the law was finally enacted.

The workaround proposed by Pipon was to make property vendors swear an oath before the Royal Court to ensure that any claim of rentes would be dealt with by a penal sentence. The oath recited on each property transaction is still in place today:

“Do you swear that you will neither act nor cause anyone to act against this deed of (sale of house outbuildings and appurtenances) in perpetuity upon pain of perjury?”

The judge requires each party to the transaction to raise their right hand and swear this oath before the court, thus legally binding the transaction as a permanent change of tenure. And so the process of buying a property in Jersey follows a completely different process from “Offer” to “Completion” than that of the UK.

Under the Control of Housing and Work (Jersey) Law 2012 all property in Jersey is categorised as “Qualified” or “Registered” and buyers can only buy a property in the category that is personally applicable to them.

Thus all buyers in Jersey are categorised as:

When the law came into effect it became compulsory for all purchasers or lessees to obtain a registration card confirming their housing status.

In addition to Freehold property, in Jersey we have “Flying Freehold” which is similar to that of “Commonhold” in the UK.

We also have “Share Transfer” properties, which means that you are buying the relevant shares in the company that owns the property, which is predominately flats and apartments.

One of the advantages of buying a share transfer property in Jersey is that you do not require housing qualifications to purchase the property as you are buying “personalty” in the form of shares and not “reality” in the form of bricks and mortar. That said, without the requisite housing qualifications you will not be able to live in the property, which makes this form of property purchase a good option for investors.

Once a property has been found and the necessary finance arranged, lawyers can be instructed “Subject to Contract” and the process can proceed and it is during the early part of this period, which is generally in the region of 4-6 weeks, that a survey will be arranged and carried out.

Unlike the UK where contracts are exchanged via the solicitor, in Jersey if a Freehold or Flying Freehold property is bought, or indeed if a mortgage is registered, this has to be done in the Royal Court of Jersey, which meets on a Friday afternoon for the purpose of property transactions.

Until you stand up in court on the day of completion and swear the oath before the court, the transaction has not completed and either party can withdraw from the sale!!

Tell The Negotiator about your property market or services, email the Editor: [email protected]