Sign in or Sign up
The essential site for residential agents
Home » Features » How did the big property portals take over the industry?
previous next
Products & Services

How did the big property portals take over the industry?

Andrea Kirkby casts a critical eye over how the three big online marketing brands came to be so dominant. 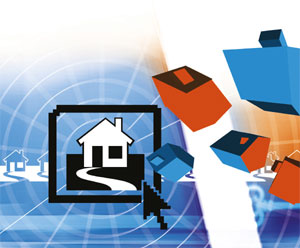 Look back ten years or so and the world of property portals was a fascinating hive of activity. Zoopla was just a baby, and while Rightmove had already forged ahead (and listed on the stock market), competition was still fluid, with new entrants arriving, niche portals staking out their own territories, and a hot market in mergers and acquisitions.

Today, despite the entry of agent-backed OnTheMarket (OTM) in 2015, portals have become predictable. While OTM has certainly made an impact, it hasn’t dislodged the duopoly, and the rest of the competition seems to have fallen by the wayside.

For instance, the niche portals that flourished a few years back have either changed business model, been folded into larger businesses, or faded away. Period Property UK used to be a fascinating treasure trove of interesting houses – now it seems only to have East Anglian listings, while Waterside Property covers only the South-West and Wales.

OnTheMarket made an initial splash, but according to figures from analyst Anthony Codling at Jefferies, it’s still only a third the size of the larger portals, and hasn’t kept up the rate of growth it would need to challenge the duopoly.

It’s also financially weaker than the bigger players; Rightmove makes operating profit margins of 70 per cent, Zoopla about 40 per cent, while OTM made an operating loss in the year to January 2017 (though it reduced the loss considerably, from £1.8m to £1.2m).

Rightmove and Zoopla are of course already listed, and now OTM plans to join them, raising £50m to give the company a valuation of over £200m. That remains a tiny valuation compared to Rightmove, at £3.7bn, or Zoopla, at £1.6bn, yet even so, some analysts are unimpressed. William Packer, at Exane BNP Paribas, says the £50m OTM plans to raise is less than two years’ market spend for the big two; he doubts whether it will be enough to move OTM on to their level.

It’s not OTM’s continuing battle for share that is the most interesting feature of the portals market, but the divergence between Rightmove’s and Zoopla’s strategies.

Mike DelPrete, an independent analyst covering the portal space, says that Rightmove is completely single-minded with its relentless focus on listings, while Zoopla has a more diverse approach, expanding into ancillary services through multiple acquisitions.

Rightmove focuses on the estate agent as its customer, developing its premium advertising offerings, while Zoopla’s strategy is driven by the end user – services such as comparison sites Money.co.uk and USwitch are there for the homeowner or tenant, continuing the relationship once the property contract has been signed. Zoopla has made a huge number of acquisitions – Expert Agent, Hometrack, uSwitch, Property Software Group, Technicweb, Ravensworth – as well as providing seed capital for Trussle, Landbay, and Property Detective; Rightmove, almost alone in the portals sector worldwide, hasn’t made a single acquisition.

The result is that while Rightmove is seeing consistent growth in revenues, Zoopla is growing its revenues much more quickly. But Rightmove retains the edge when it comes to profitability, since Zoopla’s growth is coming mainly from ancillary products, which are lower margin than listings.

Zoopla’s portal revenue is effectively flat – inventory levels haven’t yet quite recovered entirely from OTM’s entry, when most OTM agents chose Rightmove as their ‘one other portal’. (Barclays analysts point out that Zoopla is still 3,000 agents below the figures it had before OTM launched.)

Mike DelPrete believes Zoopla’s strategy is driven by the fact that it’s number two. It can’t beat Rightmove at its own game, so it’s playing to different rules. That, he thinks, could work well. On the other hand, he says investing in OTM is “a horrible idea”.

He doesn’t think the new portal offers anything to consumers that the other portals don’t – it has a smaller pool of properties and a smaller pool of viewers than either of the larger players, and, he says, doesn’t offer anything special in the way of user interface or data.

That is, in a way, a good illustration of how mature the portal market has become. While portals were incredibly disruptive technology when they started, replacing newspaper adverts, linking buyers directly to agents, they’re now old tech.

The market has consolidated, not just in the UK but in other property markets worldwide. Portals will have to move into other areas, such as mortgages and home insurance, if they’re going to grow faster.

There’s a whole new range of disruptive tech out there now, and none of it is in portals. A huge amount of money is headed into the market; James Dearsley, who writes the Proptech Review, said in early September that “over £45m has gone into Proptech in the last week alone.” But while the portals aimed to replace the newspaper, many of today’s proptech businesses aim to replace the estate agent, or else to transform the entire transaction process.

Many have found interesting niches by rethinking what the agent can offer the vendor. For instance, Nested targets vendors whose sales have fallen through or whose properties have been on the market too long; it guarantees both the valuation price and a ninety day sale, and in extremis will actually fund the property from its own resources, enabling the vendor to complete on a purchase before the sale is agreed.

In the rentals market, Movebubble uses software to ‘learn’ the buyer’s preference from their browsing behaviour, and can then tailor the results to fit. That’s more sophisticated than simply number of bedrooms or postcode; a buyer might be interested in top floor flats in older blocks, for instance. (I wonder if the portals are working on similar software – or could Movebubble be an interesting acquisition for Zoopla?)

The market has moved on, he says; there’s far more room for disruption in the online/hybrid agency space, and eventually, blockchain – using a distributed ledger, accessible to all the stakeholders in a property transaction, rather than separate silos of information. (Blockchain tech is what makes Bitcoin work; a number of major banks are now getting interested in it.) But that’s a lot further down the road, he reckons, and there will still be a need for trusted agents, whether physical or online.

The portals are falling behind in the proptech game. They are basically listings aggregators, but then the whole relationship goes offline. Leon Ifayemi, CEO SPCE.

Leon Ifayemi (right), CEO of student accommodation platform SPCE, agrees that “portals are definitely falling behind in the proptech game.” He says that the portals are basically listings aggregators, “but then the whole relationship goes offline.”

The opportunity for new entrants lies in handling the entire lifecycle of the tenancy, end to end, and of course that puts them in direct competition with agents.

So what happens to agents? Leon isn’t sanguine. “I don’t think agents will exist in ten years’ time,” he says. “They have massive overheads, that’s why we can charge three per cent and make money, while some competing property managers charge 20 per cent.” If agents disappear, though, Rightmove and Zoopla have a problem, too; they’ll have no customers left. That’s why Leon thinks the online portals will end up either acquiring agency platforms like Purplebricks, or replicating the functionality.

Leon is a young CEO working at a startup. He’s a native of the new tech world; it’s interesting to note that while OTM is doing the very traditional thing of heading for a stock market listing, SPCE raised its money through crowdfunding platform Seedrs – part of the new fintech world. 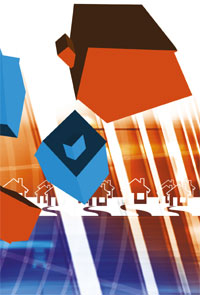 But his thinking strikes a chord with Yardley Ip, general manager at Trulia. The rentals business of US mega-portal Zillow, like Rightmove one of the gorillas of the first generation of portals. She believes that technology will take all the offline property search and transaction process online. However, she doesn’t think this will kill brokers; she says traditional estate agency and advisory businesses will cherry-pick the best ideas.

Some already are. Savills and Connells have got involved with proptech startups; both invested in Fixflo along with Zoopla, while Connells has also bought online agent Hatched and Savills has bought into Yopa. They may have paid dearly for those businesses, but they have put their toes into the water.

Does the new tech mean the end is nigh for the portals? Probably not; certainly not in the medium term. But for estate agents, the message might be that portal consolidation has happened, and things are unlikely to change; so smart agents will be keeping their eyes on what’s happening with start-ups that are targeting the transaction process, property finance, and management, rather than listings, because that’s where the most interesting action is going to be in the next few years.