Winners at The Negotiator Awards 2019, Linley & Simpson could be crowned Yorkshire's 'Most Charitable Business'. 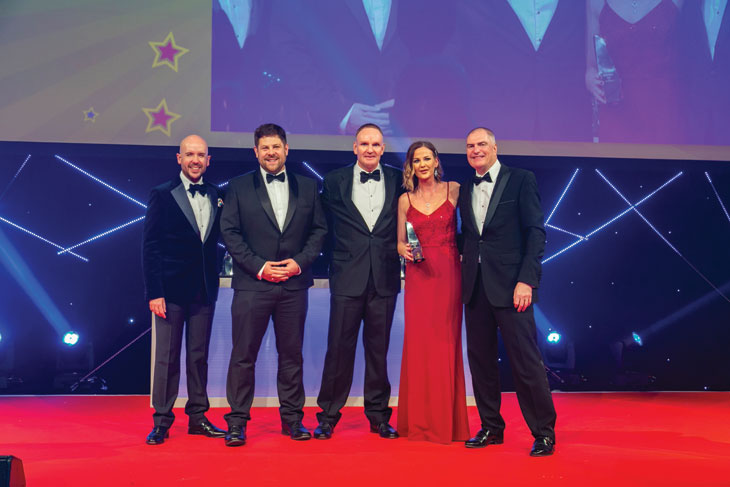 Hot on the heels of winning a brace of The Negotiator Awards on the national stage, an independent Yorkshire estate agency is now homing in on a rare hat-trick right on its doorstep.

Linley & Simpson is in the running to be crowned Most Charitable Business in the Yorkshire Choice awards, which champions local people and independent businesses that are inspirational in their own way or the markets they serve.

The winners are chosen by an online public poll, cast your vote at www.yorkshirechoiceawards.co.uk before January 31st.

The agency, with 18 branches across North and West Yorkshire and The Humber, was nominated for its long-standing partnership with its chosen charity partner, Martin House Hospice at Boston Spa, near Wetherby. In the last five years, 260 staff have raised £70,000 for the hospice, supporting its work caring for children and young people with life-shortening conditions and their families.

The money has been raised by a sky dive; a walk on the Cleveland Way; Dragon Boat racing and a Great British Bake-Off contest.

Polly Hale, Partnerships Manager for Martin House, said, “The commitment shown by the whole Linley & Simpson team is tremendous. We are privileged to have such a wonderful partnership with them, which has had such an impact on the children and young people we support.”

The nomination follows a brace of awards at the estate agency “Oscars” in London, where Linley & Simpson won the Gold award and was crowned the year’s Best Land and New Homes Team and Best Property Management Department at The Negotiator Awards 2019.

Emily Wilkinson, Manager of its Wetherby office and the agency’s prime community link with Martin House, said, “We’d like to thank everyone who is taking the time to vote for us, and hope our work inspires others to follow in our footsteps and support the amazing hospice team that so many of us have reason to thank.”