Northern & Shell included in list of those owed money by eMoov

The queue of creditors due money from eMoov as it goes into administration will be headed up by media mogul Richard Desmond’s company Northern & Shell, documents show.

In May this year, when eMoov announced its merger with Sarah Beeny’s online-only website Tepilo and online lettings firm Urban, records at Companies House show that Northern & Shell took a charge against eMoov’s offices in the City as well as any “intellectual property owned now or in the future by the company”.

Northern & Shell had been a shareholder in Tepilo for some time and in December 2017 snapped up the remaining shares in the company at the same time Beeney resigned as a director.

In May Northern & Shell and eMoov launched ‘project tango’ to merge the two companies via a share-for-share exchange of the entire issued share capital of Tepilo.

The Companies House document show that the deal was underpinned by a £2.5 million ‘loan’ to eMoov by Northern & Shell secured against both any property and intellectual rights owned by the company.

“The security created under this Deed is created in favour of the Chargee [Northern & Shell] over present and future assets of the Oligators  as security for the payment of all the Secured Liabilities and is made with full title guarantee in accordance with the Law of Property (Miscellaneous Provisions) Act 1994,” the documents says.

eMoov’s administrator’s will be looking this document as part of its review of eMoov’s financial position; they now have eight weeks now to send a report to creditors outlining their plans to achieve a better result for the company’s creditors as a whole than would be likely if the company were wound up/liquidated. 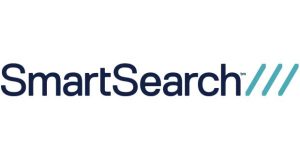