Phil and Kirstie favourites to join Great British Bake Off

Will the long-standing Channel 4 duo go from property to proper tea?

Speculation is growing that the UK’s most famous property personalities Kirstie Allsopp and Phil Spencer stand a good chance of being the next presenters of BBC flagship programme The Great British Bake Off. 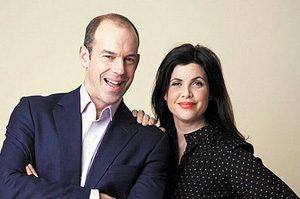 After Sue Perkins and Mel Giedroyc announced they were to leave the show, along with Mary Berry, the hunt has been on for a new duo to front the programme.

But although stars such as Jennifer Saunders, Davina McColl, Clare Balding, Geri Halliwell and Masterchef winner Lisa Faulkner have been in the frame, Kirstie and Spencer are now one of the betting favourites, placed third most likely at 7-1 by Betway.

The duo are reported to have told bosses they are the “perfect fit” and a Channel 4 spokesperson told the Daily Mirror that “they poke fun at each other and are not afraid to go along with innuendos [and] they can match, if not better, Mel and Sue”.

Other advantages of Phil and Kirstie are that she is an experienced cook and baker. But otherwise the two have more property credentials than baking ones – Phil used to own and run home finding company Garrington before TV beckoned while Kirstie played a key role in campaigning to end HIPs and was even tipped to be a future housing minister in the new Conservative government.