Rebecca Marsh, The Property Ombudsman, investigates a complaint over the selling a high-rise building with cladding issues. 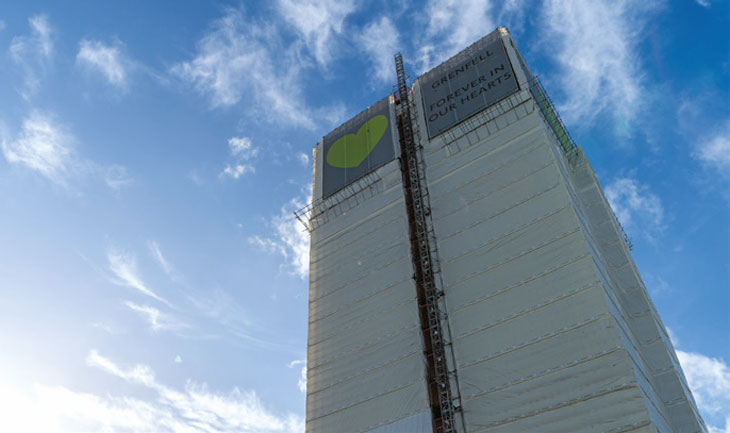 A case that The Property Ombudsman (TPO) was asked to review came from sellers concerned with an agent advising them that their property, a flat in a high-rise building, was saleable.

The sellers said they then discovered, from other owners in the building, that lenders were unwilling to offer mortgages on the properties due to the fact that they required confirmation that the external wall system, including the cladding, had been expertly assessed for safety. They said they would not have instructed the agent to market the property and incurred a fee had they been provided government guidance regarding fire safety assessments for high rise residential buildings and how this might affect their sale.

Issues about cladding have been widely known since 2017.

To try and resolve matters, the sellers sought to agree a delayed payment option under the ‘pay later’ terms of their contract, to enable them to pay once they were ready to re-market when the issues regarding the wall system and cladding had been resolved.

They then considered that the contract should be cancelled. The agent responded saying that their offer to delay service and payment until the sellers were ready was a life-long offer that would not expire. However, contractually they were not obliged to cancel their fees.

The agent said they also offered to remove the viewing fee as no viewings were conducted. In addition, they gave them the option to let the property and transfer the fees over. The sellers were dissatisfied with these suggestions.

Advice Note 14 (An14) was published by MHCLG (the Ministry of Housing, Communities and Local Government) in December 2018. This provided building owners with advice about how to deal with potential implications of the construction of their buildings, particularly with regards to external cladding, following the Grenfell Tower fire of 2017.

Following MHCLG’s December 2018 advice to building owners, mortgage lenders began to ask for a statement of compliance or safety certificate before they would agree to lend on residential property within high-rise buildings. Whilst this did not render the property ‘worthless’ as the sellers suggested, it effectively meant that lenders would not offer mortgages for such properties until a compliance statement or safety certificate was available.

The sellers said that the agent did not mention the fire safety/cladding issue when they conducted their market appraisal.

Responding to the sellers in an email, the agent said, “Having researched the Building Safety Programme via the Gov.uk website, I can see that the Royal Institute of Chartered Surveyors posted an article on 21st May 2020 which provided a link to the relevant reform which I can see came into effect on 20th January 2020, just 10 days after you instructed us to market your home. I am unable to see that we would have been aware of the specific details of these reforms before they were published which is why there have been so many subsequent news articles interviewing unfortunate homeowners such as yourself that have been impacted by the changes. Unfortunately, we would not be able to waive the fee as the legislation was not something we were aware of.”

The agent’s valuation report showed no evidence that they requested any information about the building, about whether the sellers were aware of any cladding issues or asked about any communication received from the freeholder/block management in relation to cladding or fire safety.

Whilst the Ombudsman acknowledged that agents are not expected to be experts on building safety, it is reasonable for an agent to be aware of key issues. Whilst a number of government measures were announced on 20 January, after the sellers instructed the agent, issues about cladding have been widely known since the Grenfell Tower fire in 2017. The launch of EWS1 took place in December 2019 so it was reasonable to expect the agent to have some level of awareness to enable them to ask relevant questions of potential sellers.

From evidence provided, the Ombudsman was satisfied that the agent did not meet their obligation under the TPO Code:

The Ombudsman concluded that the inadequacy of the agent’s efforts to obtain relevant and material information about the property meant that the sellers were not in a position to make an informed decision as to whether to proceed to market the property.

The Ombudsman supported this complaint and awarded £1,898 in compensation to be offset against the outstanding invoice, leaving a zero balance.