The facts behind the Zoopla stockmarket float

Andrea Kirkby reports on the lead up... and the result. 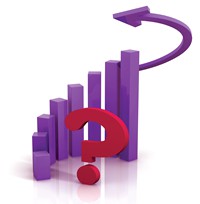 The Zoopla stockmarket float was a long time coming, but on 18th June Zoopla Property Group’s listing on the London Stock Exchange (LON:ZPLA) valued the company at 220p a share, selling 38.3 per cent of its share capital, £919m in total. The issue was, apparently, four times oversubscribed and by 9th July the share price had risen to 257.25p.

Unlike a number of recent flotations, such as Saga, Merlin Entertainments, and wind power company Infinis, Zoopla did not have a retail component – only City institutions were able to subscribe (as was the case with Foxtons). As of 23rd June, the shares were available in general trading at 10p up on the offer price.

Agencies and property developers which subscribe to Zoopla were able to buy up to £2,500 worth of shares per branch or development. Zoopla reports that 20 per cent of its agent clients took up the offer and now have the option to buy a further equal sized tranche next year, both at a 20 per cent discount. While this was only a sideshow in terms of the overall value of the company’s shares, it’s an interesting move to give agents some ownership in the portal in the light of the wholly agent-owned Agents’ Mutual launch in January 2015.

A market capitalisation just shy of £1bn isn’t bad for a business launched as recently as 2008. Zoopla didn’t even exist when Rightmove floated (although it bought up or merged with several that did including FindaProperty and Propertyfinder), but it’s catching up – though its valuation is less than half Rightmove’s £2.28bn.

That’s explained when you look at the profitability of the two groups. Though Zoopla has managed to achieve similar numbers of properties listed, and actually appears to have more members than Rightmove – 19,000 against 18,000 – it makes less money out of them. On the basis of the most recent figures it appears to be making just over £300 a month per advertiser, while Rightmove is making over £600. That explains why it made annual revenues of £64m in 2013, while Rightmove racked up £140m. Those who complain about Rightmove’s prices would seem to have a point.

Zoopla actually explained the figures a little more in the prospectus, giving average subscription revenues as £272 per branch, £206 per new housing development, and £139 per overseas branch. It also shows the progress of ARPA (average revenue per member per month) over the past year, from £251 in March 2013 to £301 in March this year – up 19.2 per cent. Add that together with an 8 per cent increase in members to a record 19,239 (in fact that had increased further to 19,462 at the end of May), and it’s easy to see where revenue growth is coming from.

Zoopla’s EBITDA (earnings before interest, tax, depreciation and amortisation) came in at 46 per cent of sales last year, against Rightmove’s EBITDA margin of 75 per cent, so it’s making less profit per pound of revenue. Obviously, there’s room for Zoopla to increase its revenue returns and profitability over the next few years; profitability tends to come with increasing maturity, as Rightmove’s inexorable cranking up of its operating margin from 53 per cent to 70 per cent over the past five years shows.

Although Zoopla is less profitable than Rightmove, investors wouldn’t have overlooked the fact that it’s still a very highly profitable business in terms of the stock market as a whole. Even better, its low capital expenditure needs mean it converts almost 100 per cent of its profits into cash, which gives hope of good dividend income further down the road.

The prospectus was a hefty read – 231 pages – but those who made the effort would have been interested to see the discussion of Agents’ Mutual, which for the first time put some numbers on the potential threat to Zoopla; the founding members would take only 1.2 per cent of business away from Zoopla, while all 550 members signed up by May this year add up to 9.5 per cent of Zoopla’s total business.

It’s also interesting to see how Zoopla intends to develop its business, by offering data, design and marketing services to its members, by moving into commercial property, and by monetising its dataset in ways that aren’t necessarily tied to the property portal business model. Certainly the business doesn’t intend to remain purely a residential property portal – though subscriptions for the portal currently account for 86 per cent of its business.

But the big picture is laid out in a chart early in the document which shows the shift in property classified advertising between print and digital. Back in 2007, print accounted for 85 per cent of property ads and digital only 15 per cent. In 2012, digital had grown to 45 per cent, and by 2017, digital is expected to make up over two-thirds of the market, with print crumbling to 30 per cent of the total. Worse still for print newspapers, the numbers show print advertising declining in absolute terms, while digital will continue to grow.

Rightmove has been a huge success for early investors, its shares trading at nearly seven times the price they floated at back in 2006. It’s valued at 34 times its 2013 earnings, and about 24 times next year’s some way above the UK stock market average, suggesting many investors see Rightmove (and, that implies, Zoopla) as a good way to gain exposure to a highly attractive UK housing market. Most analysts are forecasting growth in the low teens for Rightmove’s earnings, so the City seems relaxed about the prospects for the portals – and as Zoopla is less mature, it may have a bit more room to grow.

But the stock market was looking a bit toppy as the flotation drew close, with many analysts saying a correction could be due. Equally concerning, recent floats had seen mixed fortunes, with Saga having to cut its float price and retailer Fat Face deciding to cancel its proposed flotation. Zoopla needed to tell its story well to convince investors to back the float. Fortunately, from the prospectus, it looks as if it had a good story to tell.