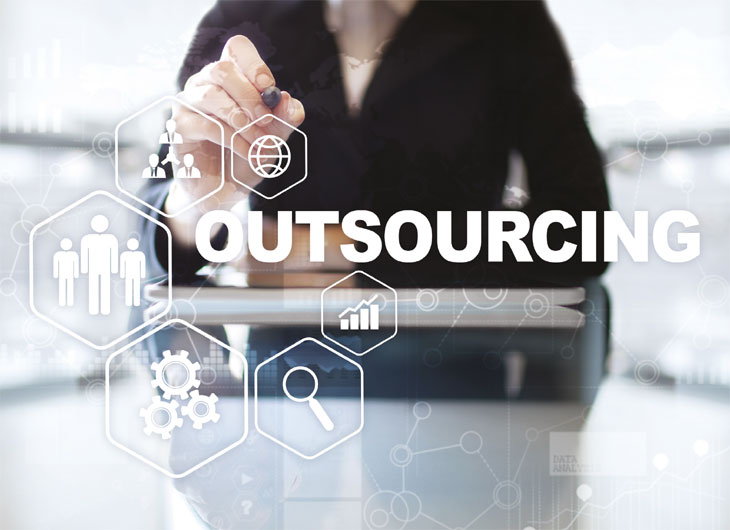 To get ahead of what is expected to be a difficult year, many agents are cutting staff, consolidating branches or buying out their competitors. While all may be viable ways to create savings, they are also likely to leave gaps in their service that even the hardest working property management team can’t fill.

For this reason, many expect an increase in the use of outsourcing within the lettings industry. Richard Abbots of Inventory Hive says he thinks more agents will adopt a “hybrid approach” to outsourcing.

“You are going to see more agents that will outsource in the busy times and keep it in-house when they have time.”

Some agents, however, choose to outsource certain tasks entirely to ride out the peaks and troughs of the market. Carla Bradman, Head of Marketing at London agent Johns & Co, says this is the reason the firm outsources its photography and floorplans. “An in-house photographer wouldn’t be able to cope with the sudden increase in volume when time is of the essence. However, by outsourcing to a company that specialises in photography and floorplans, not only do we benefit from their expertise, but they’re also able to scale with us and allocate more resource on the days we have multiple properties to get online.”

At telephone answering provider Moneypenny, Commercial Manager for property Samantha Jones says they’ve noticed a more selective approach from clients in recent times. “Many agents have started cherry-picking which calls they divert to us, such as their portal calls, so they can ensure every new enquiry has the ‘red carpet’ treatment and every lead is maximised while in-house staff are free to focus on tasks like sales progressions or dealing with customers in branch.”

This chimes with the often discussed idea that in these cash-strapped times agents are becoming more discerning about which of the plethora of goods and services being offered to them on a daily basis they feel really add value and create efficiencies rather than simply adding extra cost.

Abbots says this is likely to force some providers to up their game even in areas where outsourcing is already widespread, such as inventories. “I think what is going to happen with the tenant fee ban is that inventory companies are going to offer a bit more than they have had to offer in the past. So, for example, that could be 360-degree tours in properties. Inventory outsourcing providers are trying to enhance their offering to avoid losing agents.

We’ve had cases in London where agents used virtual viewings and the person who has rented the property has only seen it – or the agent – virtually. Ben Fillmore, ehouse.

Enhancing its offering is exactly what ehouse is doing with its recently launched Matterport tours, which allow 360-degree virtual viewings. For agents already using the company for tasks such as inventories, photographs, floorplans or EPCs, the cost of adding on the virtual tour can be as low as £100 – though will be higher on a stand-alone basis or for large properties – but can create big time savings for lettings negotiators, says Ben Fillmore (left), the company’s Managing Director.

“In lettings, certainly in urban markets which are fast transaction markets, because it is more of a transactional market people might actually transact virtually.

“We have already had some cases in London where letting agents have used virtual viewings the person who has rented the property has only seen it virtually, without going to the property.”

For the more traditional in-person viewings, letting agents are also increasingly outsourcing, many using Viewber, the viewings company founded in later 2016 by former Douglas & Gordon director Ed Mead. Mead says the company had carried out 50,000 viewings by the end of last year, with 25 per cent of viewings now for lettings rather than sales and the former growing as a share of its business. Mead says the tenant fee ban is “focusing minds on scaling the size of staff to suit a new paradigm”, and that industry consolidation is also often leaving fewer staff in branches. “Their ability to react to peaks without overstaffing is bringing Viewber into play.”

While previously lettings departments may have been reluctant to pay for one-off viewings when the commission is much lower than a sales commission, many have now cottoned on to the value of open houses, says Mead. “Undoubtedly the trend that’s growing fastest is use of open houses. Our average fee from a viewing is over £30 indicating that more and more agents are realising the benefits of getting multiple tenants over a property at the same time.”

While a hybrid or piecemeal approach to outsourcing works for many agents, the trend for consolidation in the industry means more are taking it a step further and outsourcing their entire lettings operation, says Tim McGlashan, Head of Sales at ARPM, which provides a white-labelled back office service for letting agents.

The tide is turning a little bit in terms of independent agents looking to purchase other independent agents and grow their business that way. Obviously outsourcing provides a perfect scalable option for that.” Tim McGlashan, Head of Sales, ARPM

“What we noticed towards the end of last year and we’re expecting the same this year, is the tide to be turning a little bit in terms of independent agents looking to purchase other independent agents and grow their business that way. Obviously outsourcing provides a perfect scalable option for that, because you can bolt as many properties as you like into your portfolio and you don’t have to worry about recruiting.

“On top of that you do also have the two, three and four branches that are saying they are only going to have one or two branches now, so they are cutting down their branch size, and again outsourcing fits into that because if they are cutting down the branches they don’t have enough room for the staff. What we are expecting in 2019, depending on when the fee ban does eventually come in, is for more agents to start to look at that in more detail.”

But while some agents may be looking at wholescale outsourcing or reducing offices, others are vehemently opposed to the idea and say others doing it even presents an opportunity for them to pick up business.

“We wouldn’t outsource property management and we wouldn’t even consider centralising,” says Mark Blakeway (right), Head of Lettings at Grantley in Guildford. “We’re only a small single office but where you end up with multiple offices and then you have a central property management and accounts, I have found in my experience that communication breaks down so you can make efficiencies, especially with costs, but I think at the expense of service.

“With managed properties, we have taken on whole portfolios from other agents where those efficiencies haven’t been up to standard. We recently took one over that was over 40 properties that came across specifically because of a breakdown in communications. Centralised management and accounts had led to some serious errors and they wanted to be in an operation where everything is under one roof. Other things we wouldn’t outsource would be viewings or phone calls.”

Other agents, however, say while they will outsource core tasks, they hold their partners to very high standards. “We outsource certain tasks to carefully selected partners who are experts in their field and we trust to provide a service on par with our own,” says Will Clark, Managing Director at RentMyHome.co.uk. “Choosing these partners is absolutely crucial, especially for an online agent where this might be the only face to face encounter a customer will have with the business. As far as the customer is concerned, you and the partner are one and the same. As such, we operate on a ‘one strike and you’re out’ basis – if there is a problem that wouldn’t have happened in-house, then we will look for a different partner which better reflects our approach to customer service.”

Changes in the market may mean agents are increasingly outsourcing to fill gaps, but it seems they are demanding a lot from the providers they use and in turn, those providers are adapting to make sure they can easily demonstrate to agents that they provide real value.

A picture is worth a thousand words 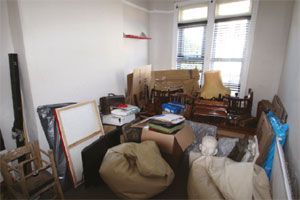 In such a competitive lettings market, where many potential tenants are making their mind up about properties based solely on what they see online, most agents are aware that throwing up sub-par pictures and hoping for the best is no longer the right tactic. Unfortunately, even where agents use professional photographers or produce high-quality images of their own, it’s not always easy to get existing tenants to play ball. 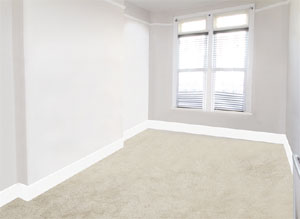 He says lettings now accounts for 25 per cent of the firm’s digital surgery work – typically removing objects from images – and that it is growing. “It’s not unusual for us to empty rooms of bicycles, weight-training kit, etc, none of which will be there when the tenant moves in,” says Durrant.

We empty rooms of bicycles, weight-training kit, etc, none of which will be there when the tenant moves in. Making properties look good to potential tenants and landlords has a positive impact. 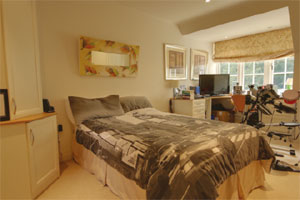 “Making properties look good to prospective tenants and potential landlords has a really positive impact on our customers’ brands because more tenants are attracted by tidy-looking rooms and landlords are attracted by the level of care our customers take to get it right. Not showing photos at all, or showing photos of messy kitchens, won’t attract much interest unless a property is underpriced, of course.” 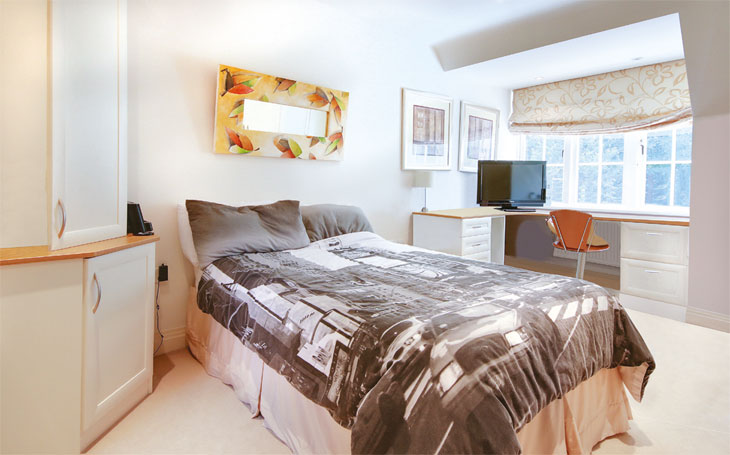