Sign in or Sign up
The essential site for residential agents
Home » Features » Why is it so difficult to recruit decent estate agent negotiators?
previous next
Products & Services

Why is it so difficult to recruit decent estate agent negotiators?

The housing market in many areas of the UK has swung from being the seller’s market to a buyer’s market, says Joanne Christie. The same is true when it comes to jobs. 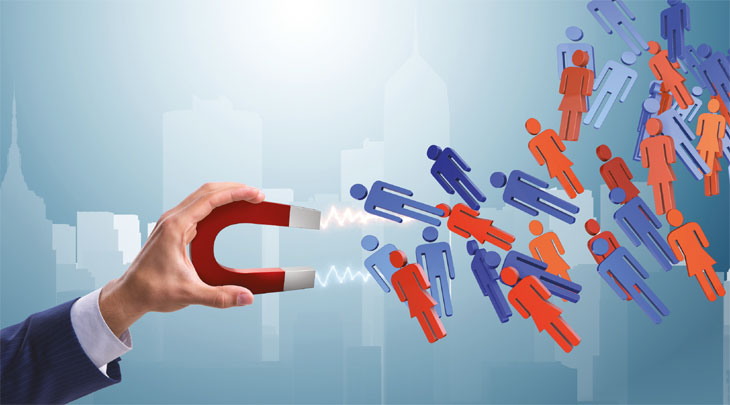 Unemployment is just 4.4 per cent across the UK and both vacancies and pay growth are on the rise. Property isn’t the only industry affected by a candidate shortage, but experts say the current uncertain state of the property market is exacerbating the issue, with more robust sectors turning the heads of both new entrants and those already in property.

People want to be inspired and at the moment, many firms aren’t that inspiring. We’ve seen a trend towards start-ups and digital-led offerings. Andrew Deverell-Smith, Deverell-Smith.

Andrew Deverell-Smith, Chief Executive of London property recruitment specialist Deverell Smith, says, “It’s the hardest time in my 15 years of doing this. “Unquestionably the London sales market is suffering and I think anybody suggesting otherwise is, bluntly, making it up. That has definitely affected morale.

“We’ve seen a lot of good people leave the sector, unsurprisingly. I’m not sure if we’ll be seeing them come back or not.”

Part of the problem for agents looking for staff is that many people are adopting a more “passive” approach, says Tom King, senior consultant at GCB Recruitment. “We have to actively approach candidates a lot more than we used to three years ago, when we would get a lot of applications for advertised jobs.

“Now with the rise of LinkedIn and headhunting, candidates seem to almost expect it much more and there is a lot of choice out there with jobs so perhaps they aren’t actively searching jobs out as much as they used to – they are expected to fall in their laps. Our data has shown that most of our placements last year came from passive candidate searches as opposed to people that got in touch with us.”

Bonita Wood, Operations Director at recruiter Prima Ardelle Associates, says in this climate, “people simply aren’t moving just for the sake of it”, but that when they are, it’s sometimes in the wrong direction. “The number of people who are coming out of the industry is quite surprising – they’ve been in it two or three years and now they are doing something else.”

To compound the issue, there’s also been a lack of investment in trainee level hires in recent years, says Robin Tossell, Director at northern-focused recruiter The Ambitious Group.

“There is a genuine lack of junior level candidates right now and it is just because over the last few years nobody has been taking on entry level staff and now there is a consequence to that, unfortunately,” he says.

Even those willing to take on new entrants aren’t paying them enough to tempt them away from other, more robust industries, he says, with salaries in the North East having been stagnant for about a decade. “I think some employers just need to get real. I think that trying to pay somebody £14-15,000 a year and expecting them to work six days a week and be subject to the market, so if all of a sudden the market changes they are out of a job, those employers need to get real. They need to start paying their staff properly and nurturing their careers properly over time. That is how they are going to keep them.”

Wood adds that today’s new starters want structured career opportunities. “I think any company that has got good career-pathing in place, so they can see what they need to do to achieve their next step up the ladder and their next promotion, and any company which is endorsing professional qualifications, is a company that is going to score points over one that isn’t.”

In any industry where remuneration has always been linked to performance, it’s perhaps no surprise that when times are tough and commissions aren’t coming as thick and fast as they did in the past, people start looking at the other things a role can offer them. I#t’s no longer cars and mobile phones at the top of a candidate’s wish list, but inspiration, says Deverell-Smith.

“It has been a long time since anybody has raised a car with me as a decision-making factor. These are the old trends. I think things have changed quite significantly now. I think people are much more motivated by wanting to be inspired and I think a lot of firms aren’t that inspiring at the moment. So we’ve seen a trend towards start-ups and to some of the more digital-led offerings recently.”

King says that while “people are always asking for more salary”, they are also increasingly concerned about work-life balance. “Flexible hours is a contentious issue that comes up quite a lot. Generally across all industries flexible hours from employers is becoming a lot more the norm but I don’t think estate agency has quite caught up with that. That is changing though in areas where perhaps more independent smaller companies are in competition with each other.”

Tossell says other perks can also build up loyalty among employees. “Things that some employers do offer can be valuable and also inexpensive to the employer – private healthcare, a decent pension. I work with one firm who do a long weekend away somewhere abroad and take the whole firm. It is very inexpensive for the company but it drums up some real loyalty from their employees. Anything that is extra is a big bonus.”

Perks to keep the staff happy are one thing, but agents need to get those staff on board in the first place and unfortunately some agents aren’t doing a particularly good job at this, with many failing to acknowledge the shift in supply and demand that has taken place in recent years.

“There has been a dearth of quality candidates available for as long as I can remember, but it is currently the worst I have ever known it,” says Anthony Hesse, Managing Director at Property Personnel. “It is, therefore, essential that employers portray themselves in the best possible light to potential employees. Unfortunately, though, we still have some clients that arrogantly assume everyone wants to work for them, and their behaviour during the recruitment process leaves a lot to be desired. Some of the feedback we receive from jobseekers who have been out on interviews is cringeworthy.”

It is often the little things that matter to candidates, such as sticking to interview times, letting them know what to expect of interviews, making sure there is an appropriate space for interviews and offering candidates a cup of tea – these may sound small in comparison to salary and training but can have a significant impact on a candidate’s early assessment of whether or not they want to work for a company.

Agents recruiting directly also need to do a much better job with their adverts, say recruiters. “The art of the job ad is very poorly done,” says King. “Many of them have far too much information in them and they read like, ‘here’s a million things you have to do in order to be suitable for this job and if you don’t fit all of them, then don’t bother applying’. We try and keep ours to a bullet point list to things that you must have, three or four key responsibilities and attractive things about the role such as working in a vibrant environment and the opportunity to earn good commission. Agents need to keep it very to the point to make them interested and want to find out more rather than giving too much away.”

Deverell-Smith also cautions against being too rigid about a set period of experience. “One thing that frustrates me a little bit is that clients every single day say candidates must have two years’ experience.”

“If I have a candidate with three years sales experience in an estate agency environment but they were a bit mediocre and didn’t have anything about them versus somebody who has come from car sales and is earning a similar amount of money but has got something about them – some energy and some get up and go – I know which way I would go because you can get somebody in who you are able to train and you are more likely to hold onto that person because it is the first job they’ve had in the industry. I think agents need to be a little more open to different skills.”