Surviving the virus Part 4 – how technology can save money

Adam Walker moves his focus from maintaining your income to how to make savings in your running costs – using proptech. 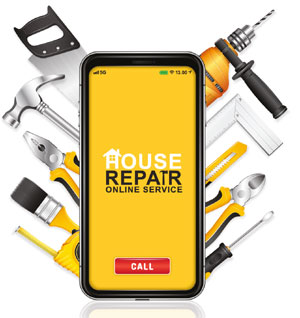 Covid-19 has made many companies completely reassess the way that they use proptech and it is becoming clear that many of these changes are going to be permanent. For example, one of my large clients was forced to introduce a new policy during the lockdown period that tenants must report all repair issues by email. Previously, well over 50 per cent of repairs were reported by telephone or in person. My client said that he simply did not have the staff capacity to deal with this.

The results of this new policy have been fantastic. Previously, the tenant would often not just report that the toilet wouldn’t flush but would also go into great detail about the embarrassment that this had caused them. They would then spend a further ten minutes explaining how they had tried to mend the toilet with a paper clip and what they thought was wrong with it. Finally, they would report a long list of other non-urgent repairs which they had been meaning to mention for a long time. The result was that an issue that could have been dealt with by email in sixty seconds used to take fifteen minutes or more to resolve by telephone. And now it doesn’t. And the benefits don’t stop there.

Before lockdown, the tenant would often ring three or four more times to ask when the repair was going to be completed. Now they don’t. They can log onto the online portal and see for themselves exactly what progress has been made. 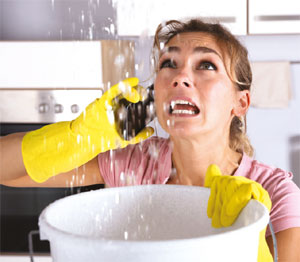 There are also compliance benefits. If a repair is not dealt with promptly, the tenant can make a formal complaint, or withhold all or part of their rent or even use the outstanding repair as a reason to delay eviction proceedings. In the old days, the times and content of the telephone conversations were difficult to prove. Now, every single action is recorded in realtime on the system.

At first, tenants complained about the new system but they quickly got used to it and most of them accept now that the new online system is better for them as well as being better for the landlord and the agent.

The benefits for the agent are also huge. As a direct consequence of the new repair system, my clients have been able to allocate an extra twenty-five properties to each of their twelve property managers. This will save them over £60,000 per annum in property management costs.

Encouraged by this success, the same client tried to introduce several new online systems for their landlords. They asked landlords to start using the online repairs portal rather than phoning them. On paper, it made a lot of sense for them to do so. The landlord could check online to see what the fault was, see the quotation for the repair and when the work would be completed. There was absolutely no need to phone the agent to ask the same questions and many landlords liked the new system and recognised that it saved them time.

As a consequence of the new repair system, my clients have been able to allocate an extra 25 properties to each of their 12 property managers.

But others didn’t and this was where my client went wrong by trying to push them too far. They told difficult landlords that because of the virus, they had to use the online system. The response of some of their landlords was to take their properties elsewhere. With hindsight, my client recognises that they pushed things too far. Their average landlord brings in fees of over £1,500 per annum so the loss of even a few landlords will render this particular policy an expensive mistake.

Learnings for the sales side

They have learned similar lessons on the sales side of their business. An analysis of their figures showed that statistically, 94 per cent of all applicants who register will never buy a property from them. As a consequence, they have invested in new software which not only emails details of new properties to the applicants, but also sends regular personalised emails to them to encourage them to buy.

Adam Walker is a management consultant who specialises in the sale of letting and estate agency businesses.

However, they have proved beyond doubt that emails alone are not sufficient and a careful screening process identifies the 10 per cent of buyers who are most likely to buy, so that a well-trained telesales person can call them to offer a more bespoke and proactive process.

It seems that almost every business in the world has used COVID-19 as an excuse to make changes to their business that they have been wanting to make for a very long time, but some companies have achieved this far better than others.

My insurance company has a very apologetic recorded message to say that because of the virus, wait times are up to thirty minutes and suggests that I might prefer to use the website. Last time I tried the website, it was hopeless but bless their hearts, they have spent a lot of money on a new website which is superb. And if you get stuck or have a non-standard query, there is an excellent online chat function which elicits a response almost immediately.

How not to do it…

My bank has not done quite so well. They have shut all the local branches ostensibly because of the virus. The real reason of course is that they were of little financial benefit and cost a fortune to run. I had a complicated non-standard problem to sort out which needed the input of a human being. My local branch was closed, there was no option to deal with the query online and the telephone service said that it had wait times of over two hours. As a result, a problem that could have been resolved in ten minutes took over a month. I was very cross about this but not cross enough to change banks – which means that the bank has won.

At the other end of the scale, my utilities provider has made the most terrible mess of one of my accounts. I had an urgent problem to resolve because one of my tenants had his electricity cut off because the previous tenant had not paid their bill. There was no option to resolve this problem online and it was absolutely impossible to get through to any telephone number, even the emergency one. As a direct consequence, I am in the process of transferring every single one of my accounts to a different company. This will cost them a thousand times more in lost revenue than the cost of dealing with my call.

Proptech has the capacity to enable you to make huge savings in the cost of running your business and at the same time to improve your efficiency. However, it needs to be sold to your clients, not imposed on them against their will and you must never forget the need also for the personal touch.

Read the first three parts of this series:

Part 2 – Your priorities coming out of lockdown

Part 3 – Getting your pipeline moving again