Street has unveiled its plans to drag estate agent software forward ten years in one go, with tech platform designed from scratch.

An estate agent software platform that has been several years in development and kept under raps via NDAs has now been partially unveiled.

No, it’s not Boomin, but an equally secretive new project called Street developed by sibling entrepreneurs Heather and Thomson Staff (pictured) whose company is behind instructions tool Spectre.

The duo say they have spent several million pounds developing their new platform, which they say will radically change the way estate agents do business and “drag industry software forward by decades overnight”.

This will include enabling buyers and tenants to confirm viewings via text and automating enquiries, feedback, sales progression, contracts and pretty much every other aspect of estate agent sales and lettings.

Heather Staff, co-founder of Street Group, says: “This is completely new technology that allows estate agents to raise the bar – we’ve created software that both agents and their clients want, using deep knowledge of both technology and estate agency.

“The response during the testing phase was overwhelmingly positive – 94% of the agents who have seen it have requested to be added to the onboarding waitlist.”

Streets, which remains tight lipped in public about how its new platform will work exactly, says the full launch will take place on 24th November, when all will be revealed.

Thomson Staff, co-founder of Street Group, said: “Three years is a long project by any standards, but we were determined to design and build every element of the platform from scratch.”

Buyers continued to flood the market during September, say agents 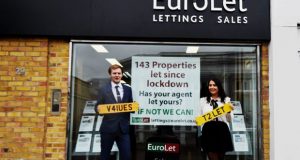