Sign in or Sign up
The essential site for residential agents
Home » Resources » Redress » Is the customer always right?
previous next

Is the customer always right?

Redress schemes exist to safeguard consumer rights, but, says Joanne Christie, the agent is not, you’ll be pleased to hear, always in the wrong. 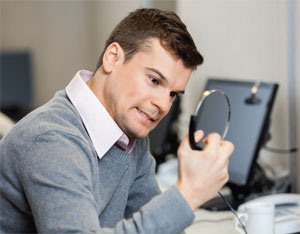 It’s often said that the customer is always right, but ask anyone who works in customer services if they really believe this to be true and you’re likely to be hit with a resounding ‘NO!’

Numbers provided by the industry’s redress schemes certainly suggest there are quite a number of occasions when the customer is, in fact, wrong.

Ombudsman Services says it upholds only around 50 per cent of the complaints it receives, but even when it finds against an agent, Ombudsman John Baguley says, “Many failures are not specific legal breaches but are often related to poor customer service. Poor communication dominates complaints about agents (sales, lettings and managing) and often better communication about relatively straightforward issues would avoid the types of conflict we see,” he says.

John Baguley says issues commonly arise when complainants misunderstand where the responsibilities of an agent start and end, a point with which Jane Erskine, Casework Director at The Property Ombudsman (TPO) agrees. “We see are a lot of complaints from consumers who are expecting the agent to do something that actually is the tenant’s responsibility or the landlord’s responsibility,” she says.

Of the complaints we support, we generally make a monetary award of compensation, occasionally we will only direct the agent to apologise. Jane Erskine Casework Director TPO.

This isn’t an issue confined to letting agents – it often extends to sales agents, particularly in relation to their role in the purchase process. “Sellers and buyers often expect an agent to be able to control the speed of a transaction and in fact they have very little control, their role is just liaising and passing on information – they have no control over the speed of the conveyancing,” says Jane Erskine.

…BUT WITHOUT WICKED INTENT

Encouragingly, however, although many consumers are wrongly complaining to the various schemes, there’s little evidence to suggest they are doing so in a frivolous or vexatious manner, say providers.

“One of the concerns about the ‘industry pays’ principle for ombudsman services is that because it is free to the complainant, then why wouldn’t everybody complain, but we actually haven’t found any evidence that people are using the system just to put any old complaint in,” says Sean Hooker, Head of Redress at the industry’s newest provider, the Property Redress Scheme (PRS).

Jane Erskine agrees, “There is a belief that we must be inundated with vexatious complaints but we’re not. I could probably count on one hand the ones that I thought were vexatious. We may not support all complaints and the agent may not understand why a complaint was made, but I can generally understand why the consumer feels upset about something or feels strongly about it, albeit we are not going to support their complaint.”

Even where a customer’s complaint is valid, Sean Hooker says many complainants have wildly unrealistic expectations of what they are entitled to. “One of the things I am finding is that the complaint might have some foundation but the expectation of the complainant is for tens of thousands of pounds. People say ‘I want compensation for this, compensation for that,’ and in those cases we try and manage their expectations.

“We do award for trouble and upset but these are usually modest amounts.”

He says of the cases that reach PRS’s final stage, most have at least some part of the complaint upheld, with 89 per cent involving monetary awards.

“Of the complaints we support, we will generally make a monetary award of compensation; there are a few cases where we will only direct an agent to apologise, but it is usual for an award to be made.

“The award will be for actual financial loss and/or compensation for aggravation, distress and/or inconvenience. If the complaint is supported, we will be looking at what the consumer has lost due to the agent’s shortcomings, and also seeking to compensate them for the matter. Of course, expectations can sometimes be unrealistic – and part of TPO’s role is to ensure that the decision explains the award that has been made,” says Erskine.

These figures surrounding how many claims are supported may sound high, but that’s largely because the redress providers generally weed out misdirected claims or claims with no prospect of success at an early stage in the process — for example, TPO received 16,265 enquiries from consumers last year, but of these only 3,304 progressed to TPO’s formal complaint stage.

The PRS says only around 50 per cent of complaints it receives progress to the formal stage, with many complaints rejected early on for having failed to give the agent an opportunity to deal with the complaint first, or for directing their complaint to the ombudsman when it should have been dealt with by a tenancy deposit scheme or other appropriate body.

The customer is sometimes wrong, say the Redress schemes:

A landlord alleged that her agent had been negligent and in breach of contract as a result, she said, of unacceptable and inadequate referencing that was carried out in respect of the tenants. Her tenants had accrued rent arrears and it became necessary for her to make an application to the court to obtain a possession order. The complainant said that the agent’s negligence was the sole cause of the financial loss she suffered and was seeking nearly £20,000 for rent arrears, together with compensation for emotional trauma and distress.

The agent had instructed a recognised third party referencing company who provided a ‘Tenant Comprehensive Report’ in respect of both tenants and recommended that the tenants would be acceptable for the tenancy. There was nothing in the reports provided to flag that further investigation or supplementary referencing was warranted or required. The agent was entitled to take the referencing results in good faith and the ombudsman was satisfied that they met the requirements of the TPO Code of Practice.

Referencing does not provide a guarantee of future performance of the tenancy agreement or provide certainty that a tenant will pay the rent. The referencing process seeks to minimise the risks in letting a property and in this case the process undertaken by the agent was appropriate.

Whilst appreciative of the complainant’s dissatisfaction and frustration at the tenants’ significant rent arrears, the ombudsman explained that while the agent was responsible for finding and referencing the tenants, they were not responsible for the actions (or inactions) of the tenants.

The customer felt that the agent had treated them unfairly when their attempt to buy a property was unsuccessful. The customer stated their offer was higher than the other party and claimed that discrimination had influenced the agent’s treatment of their offer.

We looked at the facts from both parties and found that the reasons for the complainant’s offer not being successful were reasonable. While the offer was indeed the highest, the customer was not in as good a buying position as the other party. The agent had made the seller aware of both offers and buyers’ respective positions and, having done so, they confirmed which offer the seller wished to accept.

A tenant wanted reimbursement of a re-letting fee she agreed to pay to the agent after terminating her fixed term contract early due to a pest infestation.

The tenant had entered into a six month assured shorthold tenancy agreement, with the agent instructed to fully manage the property.

Two months into the tenancy the tenant reported a pest infestation to the agent. The agent arranged for remedial works to be undertaken after it became apparent there were gaps in the structure of the property allowing mice to enter.

Although remedial works were undertaken and the infestation was resolved promptly by the agent, the tenant wanted to terminate the agreement early due to her phobia of mice.

The landlord agreed to this, subject to two conditions: the tenant continued to pay the rent until a replacement tenant was found; and the tenant pay a re-letting fee in the sum of £240 to the agent.

The tenant agreed to the conditions and paid the agent’s re-letting fee. However, she later disputed the fee.

The complainant’s case was declined by the PRS as it was clear the agent had responded promptly to the issue in the property, and that the tenant had clearly understood that the re-let fee was a condition of her being released from the tenancy early and that she had agreed to this.